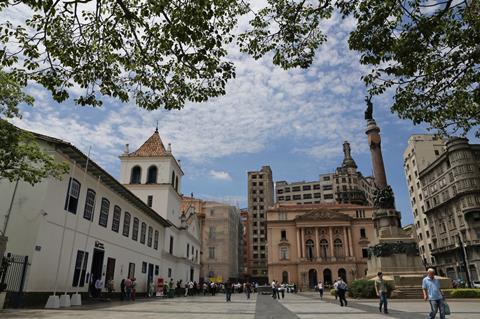 The Brazilian city of São Paulo is launching the country’s first cash rebate for international productions which will see qualifying projects with an minimum local spend of $500,000 will be able to access up to $2.5m

São Paulo Film and Audiovisual Agency Spcine announced the new initiative at Ventana Sur in Buenos Aires on Tuesday (December 3). It said the move aims to double the more than  1,000 audiovisual productions that shoot each year in São Paulo. It will also enable the city to compete with Mexico City, the Latin American hub that historically attracts the most film crews,

“As we are already in second place we realised we are mature enough to receive more foreign productions,” said Spcine president and filmmaker Laís Bodanzky. “The region also has Bogota, in Colombia, and Buenos Aires, in Argentina, as strong destinations,

The cash rebate programme will reimburse from 20% to 30% of the total amount spent by international feature films, animations, series and publicity campaigns shot entirely or partially in São Paulo. There will also be a cash rebate incentive offering the same terms for local productions with international appeal.

“We will have a national category, separate from the international one, because we understand the political moment that the our country faces, as resources for the entire Brazilian production may be cut off or take longer to be approved by the federal government,” added Bodanzky, referring to the attempts to take control of Brazilian film funding by far-right president Jair Bolsonaro.

Tuesday’s announcement also presented a fund line for international productions that include São Paulo in the script (for example a character from the city) without necessarily being shot there. In addition, Spcine will offer a $120,000 post-production services award – to be divided between up to three Latin American projects – for work carried out in facilities in São Paulo.

Production companies in São Paulo already account for 25% of Brazilian production. Since May 2016, when the São Paulo Film Commission was created as a department of Spcine, more than 3,300 productions (including local and foreign) have shot in the city, generating a revenue of approximately $400m. Recent cases include the series Black Mirror and Sense8.

“Conquest was the most recent big production case that we handled successfully,” said Bodanzky, pointing out Avenida Paulista, a prestigious symbol of political and economic power in the city, was closed down one Sunday last September to accommodate shooting on the dystopian sci-fi series produced by Keanu Reeves. Conquest will premiere on Netflix in 2020.

“Our ethnic diversity can also be a plus factor,” added Bodanzky, referring to the blend of ethnicities in São Paulo, thanks to huge mixture of Afro-Brazilians and the descendants of European, Japanese and Middle Eastern immigrants.