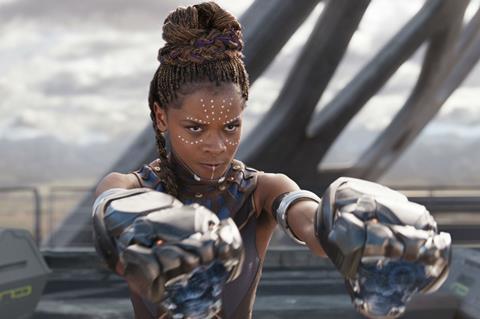 Ryan Coogler’s afrofuturist blockbuster Black Panther will be the first film to screen in a public cinema in Saudi Arabia since the country’s 35-year ban on cinemas was lifted.

Disney and its regional distribution partner Italia Film will become the first distributors to release a film in the kingdom since the lifting of the ban was announced in December.

The film, which has taken $1.28bn and counting at the box office worldwide, will be presented at a gala premiere on April 18 in Riyadh.

The screening will take place at a 620-seat AMC cinema in the King Abdullah Financial District. The venue has been converted from a symphony hall, and is the first of hundreds of cinemas planned to open in the next decade.

After five days of Black Panther in Riyadh, Saudi audiences will be able to watch Avengers: Infinity War from its day-and-date release on April 26.

Read more: Worldwide box office up in 2017 but US declines