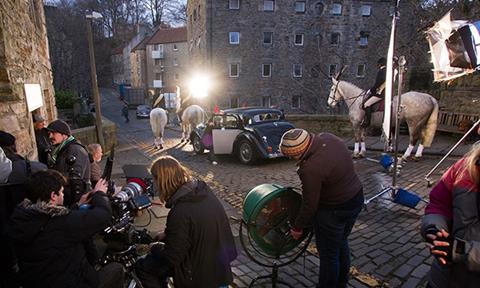 Scottish Film Talent Network (SFTN) has announced the launch of their First Feature Development and Emerging Talent Shorts initiatives, alongside the 14 filmmaker teams selected for the New Talent Shorts programme.

The SFTN initiative is worth £450,000 ($680,000) over the next 12 months in a bid to help find the next wave of Scotland’s international screen talent. The SFTN is part of the UK-wide BFI NET.WORK talent development initiative.

The Emerging Talent Shorts programme runs in conjunction with the First Feature Development programme and is aimed at filmmakers who are ready to make bigger budget shorts as a step towards realising their first feature.

Also announced today are the 14 successful filmmaking teams that have been shortlisted for the New Talent Shorts programme. SFTN welcomed applications from talent across Scotland arising from a range of backgrounds including film, TV, radio, theatre and literature, aiming to make the transition to the big screen.

The selected teams will participate in development workshops between January and April 201. Projects will be pitched to an industry panel in early April comprising representatives from SFTN, DigiCult, Hopscotch Films and Creative Scotland.

Five projects will then be selected for production with individual budgets ranging from £5,000 - £10,000 ($7,600-$15,200) per project. Shortlisted films range in genre and include drama, thriller, horror, animation, fantasy and comedy.

SFTN is led by Talent Development executive Claudia Yusef and is being managed and delivered by Centre for the Moving Image (CMI), DigiCult and Hopscotch Films. Yusef is Scotland’s first full time dedicated executive focussing solely on identifying and nurturing the development of Scotland’s film talent.

Guidelines for the First Feature Development and Emerging Talent Shorts can be found here: www.scottishfilmtalent.com

The projects and filmmakers selected for New Talent Shorts are:

Lizzie Francke, production executive at the BFI Film Fund, said: “In working recently with emerging Scottish filmmakers such as Scott Graham on Shell and Iona, Paul Wright on For Those In Peril and Gregory Burke, the writer of ‘71, we are excited about discovering and supporting the next generation of Scottish filmmaking talent which we aim to achieve with this programme and we look forward to putting that into action with these filmmaker teams.”

Ross McKenzie, development officer at Creative Scotland, said: “The launch of these two new initiatives should ensure that emerging talent is placed firmly on the path towards making their first feature, thereby completing the journey from shorts to features and giving talent at all levels the opportunity to further their careers”.

SFTN is a consortium made up of the Centre for the Moving Image (CMI), DigiCult and Hopscotch Films. SFTN represent Scotland in the UK-wide BFI NET.WORK initiative which connects the UK’s film talent development agencies, bringing together development and talent centres to offer hands-on development opportunities for promising UK writers, directors and producers who are yet to make their first feature film.

All shortlisting decisions are made by the SFTN Management Group. The panel is made up of Claudia Yusef (SFTN), Carolynne Sinclair Kidd (Hopscotch Films), Holly Daniel (CMI), Paul Welsh (DigiCult) and Ross McKenzie (Creative Scotland).