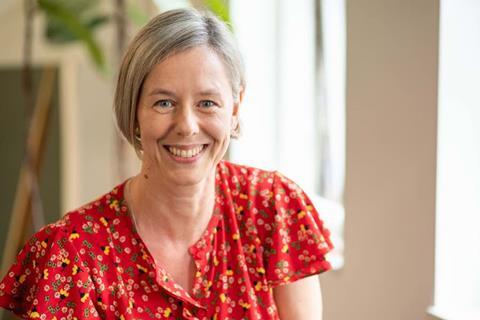 See-Saw Films has hired UK producer Helen Gregory in the new role of creative director, overseeing the creative strategy of the company and development of its growing television slate.

Working from See-Saw’s London office, Gregory will start the role from September 1 and will report to joint managing directors Emile Sherman and Iain Canning, and work alongside chief operating officer Simon Gillis.

As well as television development, she will work with Sherman and Canning on the company’s film strategy, and will be responsible for leading See-Saw’s team of executive producers across the UK and Australia.

Gregory joins See-Saw from Trapeze Entertainment, which she founded and through which she set up development projects with the BBC, Netflix, Sky and Jude Law’s Riff Raff Entertainment. She will continue to build these projects at See-Saw. Most recently she was an executive producer on Pulse and Sister Pictures’ season two of Gangs Of London for Sky and AMC.

Her other previous roles include managing director of Twelve Town (formerly Pinewood Television); head of TV at Ruby Film & Television; joint head of drama at World Productions; and commissioning editor for drama at Channel 4.

In a statement, Canning and Sherman said See-Saw is at “an exciting juncture… we need a creative director to join us for this next stage of our journey, and are so fortunate to have enticed Helen.”

The company’s upcoming slate includes Andrew Haigh’s TV mini-series The North Water, which debuted on AMC in the US last week and will arrive on BBC Two in the UK later this year; The Essex Serpent, which Clio Barnard is currently shooting for Apple TV+; plus features The Power Of The Dog from Jane Campion, Operation Mincemeat from John Madden and The Son, Florian Zeller and Christopher Hampton’s follow-up to The Father.