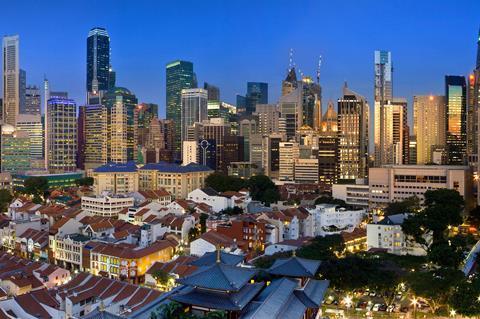 The Singapore-based company is poised to invest up to S$200million ($148m) in the next four years on four TV series and 80 web-films and web-dramas, according to CEO John Ho.

The new projects will be fully financed by the company itself which was established in May this year as a new venture between China’s Jianxin Picture, Ho who is the founder and former CEO of Singapore’s Scorpio East and JR Yang from Taiwan who is the manager and the business partner of Taiwanese superstar Jay Chou.

Guo Jingyu from Jianxin Picture serves as chairman of the new company. Singapore’s veteran producer Chan Pui Yin whose credits include I Not Stupid film series, Taxi! Taxi! and Homecoming, heads the production.

The first project on the company’s debut slate to go into production will be The Awakening – New Edition, which is a remake of Singapore’s first blockbuster TV series produced in 1984 about the Chinese immigrants who settled in Singapore between 1920s and 1940s.

The S$30m project, composed of 60 hour-long episodes, is expected to start filming next May in Singapore, Malaysia and China, with a supporting Singapore cast such as Xiang Yun and Tay Ping Hui and a as-yet-unannounced main cast from China. Another new TV series in the pipeline is Baba Nyonya, a 60-episode Singapore-set historical drama scheduled for production in late 2018.

Of the 80 hour-long web-films and web-dramas, the first batch will focus on the myths and legends from South East Asia. They will be set not only in Singapore but also in other South East Asian countries such as Thailand, Indonesia and Vietnam. Each project will cost up to S$1m.

“Films and TV series made for the Internet have created a huge market in China. We’ve clearly set our sights on China as our primary market, while at the same time targeting the other Chinese-speaking territories. All our projects, both for TV and for the Internet, will be filmed mainly in the Chinese language to cater for the international Chinese audiences,” Ho told Screen.

“Guo is a veteran TV filmmaker. He will bring his vast experiences to our Singapore company and help export our productions to China.’

In China, Guo has recently spearheaded costume drama The Legend Of The Condor Heroes, the celebrated work by novelist Jin Yong. Despite the unknown cast, it has become hugely popular on video streaming platform iQiyi. It was also broadcast on free-to-air channel Dragon Television.

Jianxin Picture is one of the seven production companies under the Perfect World Pictures (China) group. The latter has partnered with Village Roadshow Entertainment on a joint venture and with Universal Pictures on financing deals in films such as The Mummy.