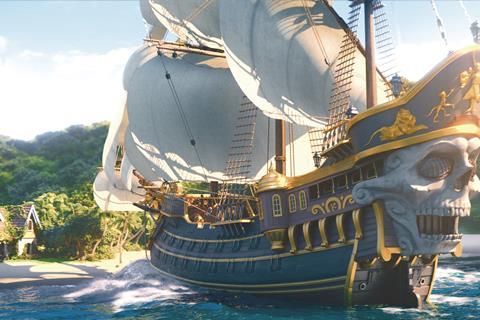 ‘Captain Sabertooth And The Magic Diamond’

Stuttgart-based world sales company Sola Media has snapped up rights for EFM to the Scandinavian CG-animated feature Captain Sabertooth And The Magic Diamond. Sola Media is handling all territories except Scandinavia. Nordisk will release the film theatrically in Norway, Sweden and Denmark in autumn 2019.

Captain Sabertooth is based on one of Norway’s most successful children’s brands of the 30 years. As well as feature film and TV adaptations, Captain Sabertooth has also inspired stage musicals and a theme park in southern Norway.

“This is by far Qvisten Animation’s biggest project, both artistically and commercially. Our goal is to create an epic family film packed with humour and adventure that can travel far beyond our borders. We hope to introduce these beloved characters to a wider audience, with more adventures to follow,” Qvisten’s Eirik Smidesang Slåen commented on the new film.

Sola Media will be showing the first footage from the film to buyers at the EFM.