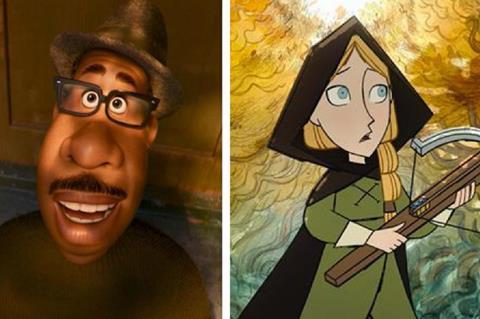 Oscar rivals Soul and Wolfwalkers triumphed at the 48th Annie Awards for animation awards on Friday (April 16), winning best feature and best independent feature, respectively, among a clutch of other prizes.

Both are nominated for best animation feature at next week’s Academy Awards alongside Shaun The Sheep Movie: Farmageddon, Over The Moon, and Onward.

In the honourary prizes the Winsor McCay Award for career contributions to the art of animation went to Willie Ito, the late designer Sue Nichols, and animator-director Bruce Smith.

Animator and art director Daisuke “Dice” Tsutsumi was awarded the June Foray Award for significant and benevolent or charitable impact on the art and industry of animation.