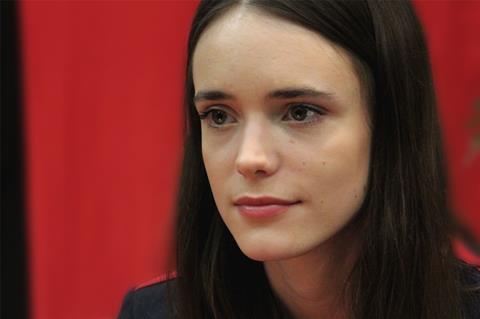 Completing the jury are writer-directors Eran Kolirin from Israel, Panos H. Koutras from Greece and Cătălin Mitulescu from Romania.

The jury will select the short film Palme d’Or winner from the 11 titles playing in Competition, with the award given at the closing ceremony on Sunday May 25.

They will also award prizes to three of the 17 films shown as part of the Cinéfondation selection, announced on Thursday May 23.

Martin was a Screen UK Star of Tomorrow in 2013, ahead of her breakthrough role in Lars von Trier’s Nymphomaniac. She has since appeared in Cannes Competition features Tale Of Tales from Matteo Garrone (2015) and Redoubtable by Michel Hazanavicius (2017).

The 72nd Cannes Film Festival opens on May 14 with Jim Jarmusch’s The Dead Don’t Die. Quentin Tarantino’s Once Upon A Time In Hollywood was among a batch of new titles added to the programme yesterday (May 2).