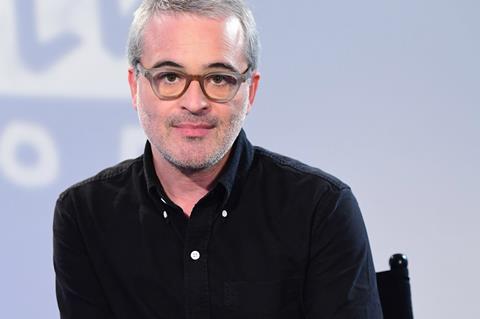 TV and film multi-hyphenate Alex Kurtzman has extended his production deal with CBS Television Studios for five years and is set to expand the Star Trek franchise on TV through new series, mini-series and animated content.

The second season of Star Trek: Discovery is currently in production, with Kurtzman (also a producer on the franchise’s next feature sequel) directing the first episode.

Under the extended production deal, CBS Television Studios will have exclusive rights to produce all TV content created and developed by Kurtzman and his Secret Hideout production banner for the next five years.

CBS said that in addition to his work on Star Trek, Kurtzman will develop new series “across the full spectrum of broadcast, cable and streaming platforms.”

Since 2010, Kurtzman has served as executive producer of CBS broadcast series Hawaii Five-0. He is currently developing The Man Who Fell to Earth for Hulu with Jenny Lumet, Tandem Productions, Timberman/Beverly and Studio Canal.

In the feature world, Kurtzman most recently directed last year’s Tom Cruise version of The Mummy, co-wrote and served as executive producer on The Amazing Spider-Man 2, and produced Now You See Me.

CBS TV Studios president David Stapf said: “There is a very short list of writer-producer-directors that every film and television studio wants to be associated with, and Alex and his Secret Hideout team are always at the top. His talent, taste and ability to shepherd a successful project is unparalleled.

“Alex has done remarkable work for our studio, dating back seven years to the launch of Hawaii Five-0, and we are thrilled that he, Heather [Kadin, Secret Hideout president] and their team will be partnering with us for a long time to come.”

Kurtzman added: “Heather, Aaron [Baiers, Secret Hideout’s senior vice-president of television] and I are thrilled to continue Secret Hideout’s amazing partnership with CBS Television Studios. Since our first collaboration with Hawaii Five-0 almost a decade ago, Les [Moonves, CBS Corp CEO], David and the full team at CBS Studios have been our foremost collaborators and champions, treating each project with integrity, supporting the creative visions and working breathlessly to make each episode of every show the best it can be.

“CBS has also allowed us the great pleasure of reintroducing the world of Star Trek audiences new and old, and we are very excited to keep working alongside them to expand that world.”