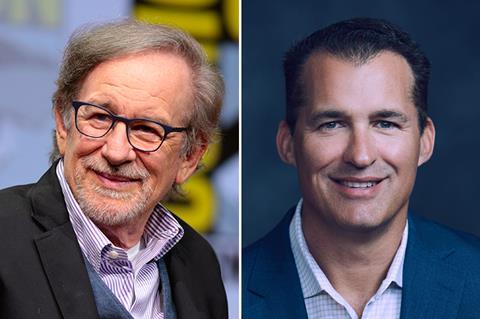 Amblin Partners, the film and television studio led by Steven Spielberg, has signed a deal with Netflix that will cover “multiple new feature films per year”, according to the streaming giant.

The deal is not exclusive, with Amblin set to continue working with its other studio partners including Universal.

Amblin and Netflix previously teamed for on Oscar-nominated The Trial Of The Chicago 7, and are working together on Bradley Cooper’s Leonard Bernstein film, Maestro, which is in pre-production.

Amblin Partners chairman Steven Spielberg said: “From the minute Ted [Sarandos] and I started discussing a partnership, it was abundantly clear that we had an amazing opportunity to tell new stories together and reach audiences in new ways. This new avenue for our films, alongside the stories we continue to tell with our longtime family at Universal and our other partners, will be incredibly fulfilling for me personally since we get to embark on it together with Ted, and I can’t wait to get started with him, Scott [Stuber], and the entire Netflix team.”

Scott Stuber, Netflix head of global film, added: “Amblin and Steven Spielberg are synonymous with incredible entertainment. Their passion and artistry combine to make films that both captivate and challenge audiences. We look forward to working with Steven, Jeff and the entire Amblin family on a new slate of films that will delight generations for years to come.”