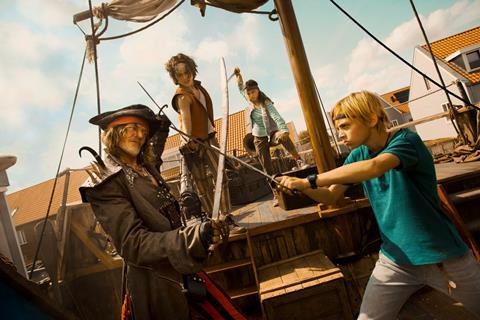 Pirates Down The Street

Studiocanal CEO Anna Marsh said the deal would realise an ambition to “produce first class European content out of Benelux, which will captivate audiences worldwide”.

Dutch FilmWorks was launched in 1998 and produces and distributes more than 25 films a year, building a catalogue of over 900 Dutch and international features. Titles include The Claus Family franchise, Pirates Down The Street and My Best Friend Anne Frank as well as local releases of The Wolf Of Wall Street and The Hitman’s Wife’s Bodyguard.

Studiocanal, the film and TV arm of French pay-TV giant the Canal+ Group, said the acquisition formed part of its aim to consolidate its position in European content with international potential.

Pruijssers said the move offered “the opportunity to be part of a European powerhouse with global reach and to maintain our autonomy in Benelux”.

“After 25 years working as an independent, it is an exciting step but with many opportunities for growth, including more possibilities to bring Dutch and Flemish content to an international audience,” he added.