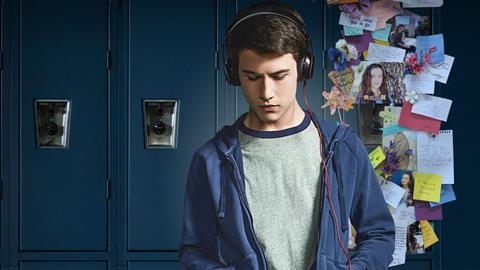 Netflix claimed the lion’s share of original streaming shows in North America that audiences expressed interest in watching, accounting for seven of the top 10 from January 1-August 31 2017.

The study, entitled ‘Mipcom 2017 Market Snapshot: North America’, placed Orange Is The New Black second on a fraction below four Demand Expressions per 100 capita, followed by Castlevania on roughly 3.5. 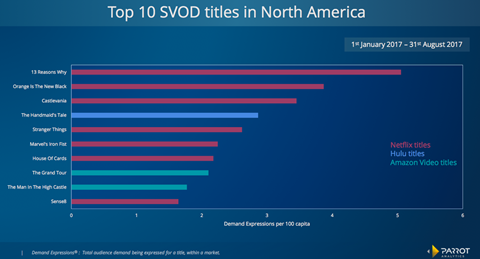 Hulu was the only non-Netflix show in the top five and secured fourth place on a fraction below three Demand Expressions per 100 capita for The Handmaid’s Tale – winner of eight Emmys last weekend including the first drama series win for a streaming original. Stranger Things rounded out the top five for Netflix on roughly 2.66.

Amazon had two shows in the top 10: The Grand Tour in eighth place on around 2.2 and The Man In The High Castle on roughly 1.8. Amazon founder Jeff Bezos wants a show on the level of HBO’s Game Of Thrones and has charged Amazon Studios chief Roy Price with strengthening the platform’s high-end drama pipeline.

Turning to the genres that attract viewers to streaming originals, Parrot discovered drama was by far the preferred category. The genre is projected to claim 44.67% of total US demand by the end of 2017, followed by comedy on 25.35% share, action adventure on 9.29%, and animation on 6.27%. 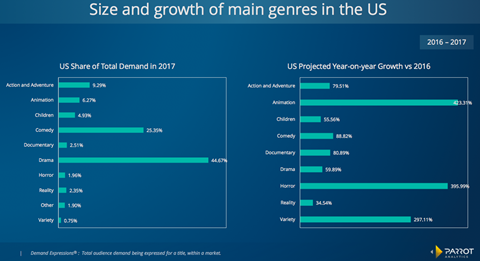 Animation and horror are the categories to keep an eye on and are projected to record the biggest year-on-year growth on 423.31% and 395.99%, respectively. After that comes variety shows, leaping 297.11% from 2016.

Seen through the lens of Demand Expressions over the period January 1-August 31 2017, drama over-indexed among viewers, scoring anywhere from 400 to more than 700 Demand Expressions per 100 capita. Comedy inhabited the 300-400 range, followed by action-adventure, which bar the odd spike resided in the 100-200 field.

Ranking fourth and fifth in the genre wars were animation and children’s content, neither of which registered much above roughly 80 Demand Expressions per 100 capita. 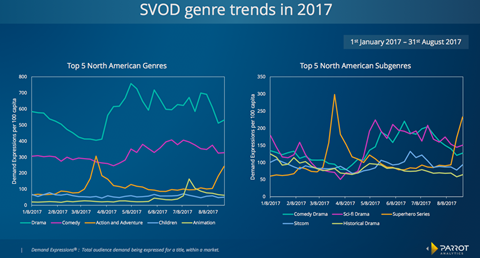 Sci-fi drama and comedy drama battled it out in the 100-200 range, followed by sitcoms and historical dramas that dwelled in the 50-100 field.