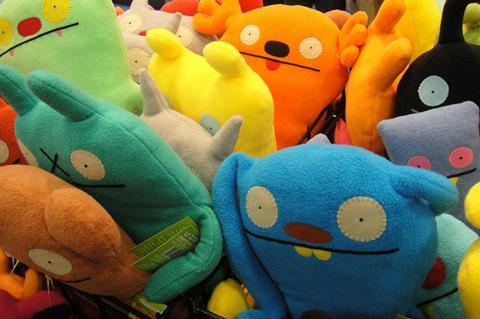 STX Entertainment is broadening its nascent Uglydolls property in a deal with Hulu that encompasses an animation series spin-off and SVOD distribution on the feature.

Uglydolls is set to open theatrically in 2019 and will now go out digitally on the Hulu platform, while STX retains international rights.

A 26-episode animated series has gone straight to order based on the upcoming feature based on the Hasbro toy brand set in an ‘uglyverse’ that celebrates diversity.

“Uglydolls is an ideal brand fit for STX, which was conceived for franchise-building across all platforms from film to television, digital, virtual reality, consumer products, and more,” STXtv’s executive vice-president and head of scripted television Jada Miranda said.

“Our seamless infrastructure allows us to strategise across all divisions, and as a next-generation studio we are thrilled to partner with a next-generation premium streaming service of Hulu’s calibre to service the entire universe of the Uglydolls franchise. Our partners at Hulu fully embraced this opportunity and we felt confidence in their plan to realise the massive potential in what is STX’s first animated property.”

Uglydolls marks STXtv’s third scripted production commitment in the past five months after National Geographic’s six-part limited series Valley Of The Boom from showrunner Matthew Carnahan, and YouTube’s The Edge Of Seventeen, a spin-off of the film of the same name distributed by STXfilms.