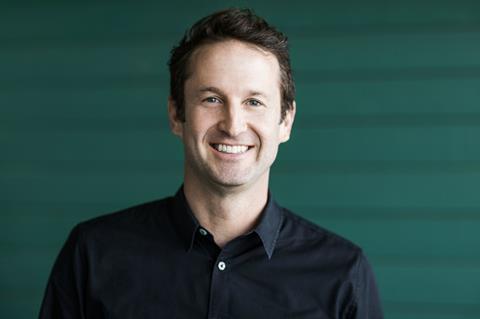 30WEST has scored a coup and hired longtime independent film champion and Sundance Film Festival director of programming Trevor Groth, who will officially start at the company in February.

Groth joined the programming staff at Sundance in 1993 and rose to become senior programmer in 2003 and director in 2009.

In a memo to staff, Sundance Film Festival director John Cooper was typically gracious. “Every new idea or program that was developed since I became director has been created shoulder to shoulder with Trevor,” Cooper wrote. “I will miss his bright mind and instinctual understanding of our filmmaker community.”

In his long-term role at Sundance, where in recent years he has worked alongside Cooper, Groth championed such Park City breakouts as Whiplash, Pi, Memento, and Napoleon Dynamite.

Through his guidance as head programmer for the festival’s short film section, Groth was among the first to showcase the shorts of young filmmakers who became world-famous such as Spike Jonze, Cary Fukunaga, Taika Waititi, and Sarah Polley.

“For over twenty years Trevor has been one of the film community’s most consistent champions of original creative voices, all while exhibiting a fearless commitment to pushing the boundaries of film creation and distribution,” 30WEST said. “We could not be more thrilled that he has chosen to join us.”

Groth added: “It’s been a wild and exhilarating ride being in the driver’s seat of a festival that has launched many of our generation’s greatest independent films and filmmakers. I look forward to continuing that dynamic journey with a company equally committed to discovering what’s next.”

The hire continues a busy time for 30WEST, launched by Dan Friedkin and Micah Green. The company acquired a majority stake in NEON, and partnered with Bleecker Street on Colette, and arranged the partnership between NEON and AGBO to buy Assassination Nation.

30WEST is in production on Karyn Kusama’s Destroyer starring Nicole Kidman, and Peter Hedges’ Ben Is Back with Julia Roberts and Lucas Hedges.

Cooper’s message appears in full below:

Some bittersweet news: I’m both proud and saddened to share that our friend Trevor Groth has decided to leave Sundance to pursue a new opportunity working at investment and advisory business 30WEST. The skills he honed through curating over two decades of movies for our Festivals has made him uniquely qualified for this work.

Trevor began his remarkable career with Sundance in 1993 as a Development Assistant and joined the programming staff the following year. His inherent skill in recognizing artistic talent led to great success as Sr. Programmer and a promotion to Director of Programming beginning in 2009. Trevor was instrumental in the development of Documentary Premiere and NEXT categories as well as the recently-inaugurated Indie Episodic section. With his team, he oversaw the production of our groundbreaking NEXT Fest, Sundance festivals in London and Hong Kong and helped bring glory to the Meerkats softball team.

Every new idea or program that was developed since I became director has been created shoulder to shoulder with Trevor. I will miss his bright mind and instinctual understanding of our filmmaker community. He’s leaving on a high note, as we close the books on yet another successful SFF – and I know that the amazing team he helped build will continue to build exciting, independent and bold Festivals for years to come.

On another high note…yes, he is still contracted to sing “Danny Boy” at my funeral.

Please join me in congratulating Trevor as he takes the next step in his career. He will be making a relatively quick transition in order to attend the Berlin Film Festival in his new position but we’ll find a time to gather and toast our friend soon.