Sundance entry 'Before You Know It' lands at 1091 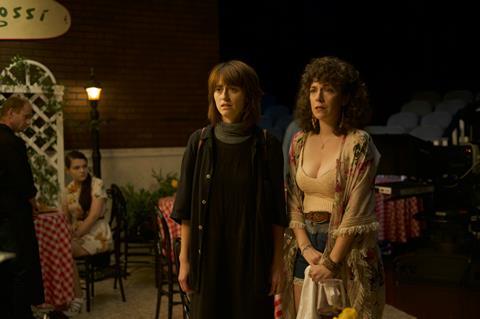 Before You Know It

In the first acquisition announcement since The Orchard film group was rebranded as 1091, the company has picked up North American rights to Sundance entry Before You Know It.

1091 plans a theatrical release in the second half of the year on the story of co-dependent, thirty-something sisters who must deal with a startling family revelation.

“1091’s first theatrical pick-up epitomizes the kind of refreshing, unique independent films which have become the trademark of our team,” said Danielle DiGiacomo, senior vice-president of acquisitions and strategic partnerships.

“We couldn’t be more thrilled to be partnering with 1091,” said Schwartz. “With their pedigree of launching new, innovative voices and their stellar reputation amongst filmmakers for an unparalleled collaborative approach to distribution, we know we are in good hands. We’re honored to be the first acquisition of their new venture and to be working with the strong team led by Danielle DiGiacomo and Julie Dansker as well as the whole 1091 team to bring our film to audiences.”

Utt added: “We’ve had our eye on the team behind 1091 since the inception of Before You Know It, so to have our affections reciprocated feels extremely validating. You’re all invited to the wedding.”

DiGiacomo brokered the deal with CAA and Endeavor on behalf of the filmmakers.