The global streaming giants may have changed the economics of film financing across the world, but here in the Arab region their arrival has proved problematic so far for local filmmakers. 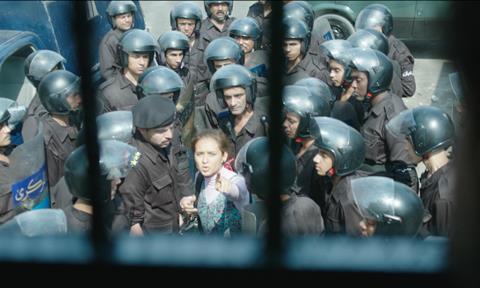 A Dubai International Film Festival (DIFF) film financing panel heard how the “holdback” demands being made by Netflix and Amazon when licensing Arab content has meant that their respective subscription video-on-demand (SVoD) platforms are not yet the incremental new source of money many in the region had hoped for.

And nor yet are their Arab competitors such as Icflix and Cinemoz, despite the fact that UK-based research firm Digital TV Research predicts that SVoD revenues in the Middle East and Africa will increase from $124m in 2015 to $1.2bn by 2021.

“Arab streaming platforms are all in their infancy. They have very few subscribers, so there is little to monetise. Netflix and Amazon do have the subscribers but they want exclusivity. Having that holdback in the region is a problem because we need TV for our revenue. A lot of our money is made from pay-TV,” said Egyptian producer Mohamed Hefzy.

Had he sold SVoD rights to his award-winning film Clash, that deal would have cost as much as $500,000 in lost pay-TV revenues, Hefzy claimed. That is a substantial sum given that the production budgets for Arab features average around $700,000.

Such dilemmas are not unique to the Arab world. Jonathan Deckter, president and COO of Voltage Pictures, reckoned that were he to sell his film The Hurt Locker to either Netflix or Amazon today they would probably offer between $18-$20m for the worldwide rights to that $12m production. As attractive as that 50% plus return on investment might appear, said Deckter, “that would have been the worst deal ever done for the company. Through our independent distributors, we ended up generating a big multiple on that $6m.”

But the indie film world has also changed dramatically since that 2008 Oscar-winning film was made. For one thing, independent features are no longer assured of even securing theatrical distribution deals in all major territories. And when they do, the deals are not at previous levels.

At the most recent American Film Market, claimed Deckter, three movie projects budgeted at over $40m attracted offers of just $100-$200,000 for all UK rights - way short of the $6m sales that had been estimated for those films in the territory. “The middle has fallen out,” declared Deckter. “Distribution has become a real feast or famine business.”

The rise in local-language production, as well as the global surge of premium TV offerings, are among the reasons cited for the collapse in the pre-sales value of independent films. Only the most distinctive director-driven packages have any chance of standing out in such a competitive landscape – a new reality that has also created a Catch-22 dilemma for producers looking to stitch together financing for feature projects.

“One of the constant problems in cinema is that you want to make films that have never been done before,” said Betrand Faivre of London and Paris-based The Bureau. “But when you pitch such projects you are then told that if the film has never been done before there must have been a reason!”