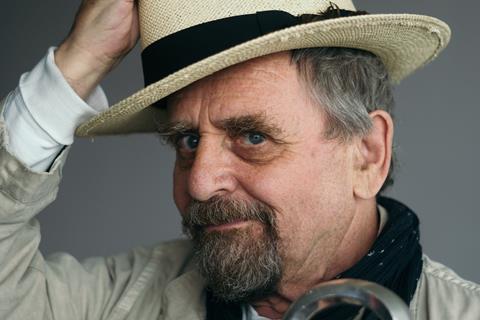 Sylvester McCoy, Rita Tushingham, Ian Kenny, Jake Curran, Andrew Ellis and Stacha Hicks have been announced as cast members of home invasion thriller The Owners alongside Game Of Thrones star Maisie Williams as the production starts shooting in the UK.

McCoy, whose credits include Doctor Who, plays an elderly doctor opposite veteran UK actress Rita Tushingham as his wife. Together, the retired couple turn the tables on a gang of local hoodlums who break into their isolated house.

Kenny (Solo: A Star Wars Story, Sing Street) and Ellis (This Is England) play two dead-beat, childhood friends who are spurred on by an out-of-town sociopath (Curran) to rob the elderly couple.

Williams plays a girlfriend who against her better judgement gets involved in the robbery and finds herself fighting for survival after it takes a violent turn.

Julius Berg directs the 1990’s-set thriller from a screenplay by Berg and Mathieu Gompel, based on a comic book from renowned artist Herrmann and written by Yves H.

The film is produced by Alain de la Mata at UK-based Bluelight and Christopher Granier-Deferre, with Nate Bolotin and Maxime Cottray on board as executive producers for XYZ Films.

Co-producers are Brahim Chioua for Wild Bunch, Frédéric Fiore and Eric Tavitian for Logical Pictures, and Pape Boye for Versatile.

Shooting is currently underway in Kent, close to London, in an isolated Victorian mansion, with casting by Dan Hubbard, and with David Ungaro (Mary Shelley, A Prayer Before Dawn) as director of photography.

Having launched the project at the EFM, Versatile continues pre-sales at Cannes on available international territories, while XYZ will handle North American sales.