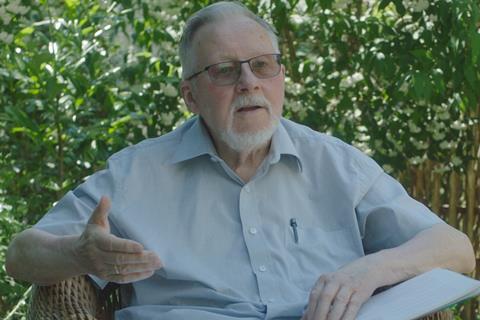 Scroll down for the Critics’ Choice line-up

Mr. Landsbergis completes the Baltic Competition line-up. It will screen in Estonia hot from its world premiere at the International Documentary Film Festival Amsterdam (IDFA). The Lithuania and Netherlands co-production follows the years 1989-1991 in Lithuania, when the nation broke away from the Soviet Union. It features the now 88-year-old Vytautas Landsbergis, one of the founders of the independence movement, as he reflects on finding himself at the centre of a radical moment in history.

The jury for the Official Selection category – which features the world premieres of A Vanishing Fog, Herd Immunity and Songs For A Fox – has also been revealed. The prize money for the Grand Prix award for best this year has doubled to €20,000 ($23,000) and the audience award has increased to €5,000 ($5766) from the previous €2,000.

The Most Beautiful Boy In The World (Swe)
Dirs. Kristina Lindström and Kristian Petri