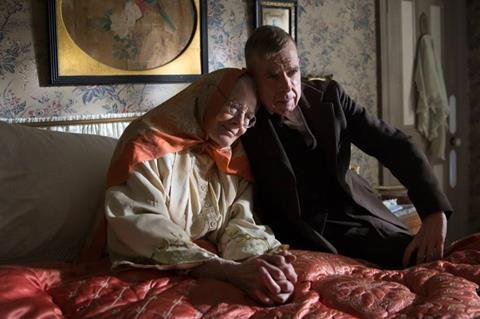 The Exchange heads to Toronto next week with world sales rights to Mrs. Lowry And Son starring Timothy Spall and Vanessa Redgrave, taking on a project originally put together by Robbie and Ellen Little at the Little Film Company.

Brian O’Shea, CEO of The Exchange, stepped in after the sudden death of Robbie Little immediately prior to the Cannes Film Festival.

Little and his wife had assembled the project and introduced it to buyers at the EFM in Berlin. O’Shea will continue sales and is showing first-look footage from the story of the 20th century British artist L.S. Lowry, famous for his paintings of England’s industrial north, and his relationship with his domineering mother.

“To have these two brilliant actors on screen together is a dream come true and has awards potential written all over it” said O’Shea. “But as important is to work on a project that was so important to Robbie, who was both a good friend and mentor to me.”

Adrian Noble, the former director of the Royal Shakespeare Company, directs from a screenplay by Martyn Hesford. Debbie Gray, who collaborated with Little on Northern Soul, produces through her Genesius Pictures.

The Exchange is helping with sales on another title from The Little Film Company – The More You Ignore Me, the feature directorial debut from Keith English that stars Sheridan Smith, Mark Addy, Sally Philips, and Ella Hunt.

Also on The Exchange’s TIFF sales slate are: Sundance winners and current US releases Blaze, and We The Animals, Drew Barrymore rom-com The Stand-In, and Sam Claflin noir thriller The Corrupted.