The Heiresses, The Land Of Seonghye win top prizes at Jeonju

Ko Hee-young’s The Breathing Of Fire and Damien Manivel’s Diary Of A Dancer took top awards in Jeonju Project Market. 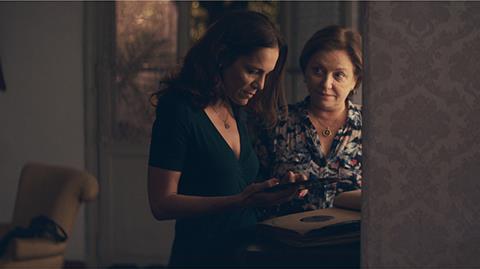 The festival opened May 3 with Chong Wishing’s Japanese film Yakiniku Dragonand by its fifth day, JIFF reported the festival had hit a record for most sold-out screenings: 192 out of a total 280 screenings, 52 more than last year.

The festival has three more days of screenings and will close the night of May 12 with the screening of Wes Anderson’s Isle Of Dogs.

A Paraguay-Germany-Brazil-Uruguay-Norway-France co-production that picked up two Silver Bears at the recent Berlinale, The Heiresseswon $18,600 (KW20m) with Jeonju’s award.

Jury member and actor Kwon Hae-hyo onstage at the awards ceremony lauded the film for telling the stories of “women, discrimination and those who are left behind” in a subtle manner based on personal experience and for its “solid structure and challenging experimental spirit”.

Mizrahi in her acceptance speech said she was “honored” and noted the “incredibly thoughtful and intelligent audiences and their questions” at the JIFF screenings.

The Documentary Award presented to the best documentary in Korean Competition and Korea Cinemascape went to Lee Johoon’s Land Of Sorrow, which exposes the corruption of the Park Chung-hee dictatorship when it forced people to labour in the Seosan reclamation project started in 1961.

The Union Award for the best feature debut in Korean Competition went to Hui Jiye’s Graduation.

At the 10th Jeonju Project Market (JPM), director Ko Hee-young’s The Breathing Of Fireand Damien Manivel’s Diary Of A Dancereach won $93,000 (KW100m) and were selected to be part of next year’s Jeonju Cinema Project collection of films that are produced by and world premiered at the festival.

As one of the Jeonju Cinema Fund Promotion’s six local projects, The Breathing Of Firewas chosen by the jury as “a highly anticipated documentary about the life of a craftsman who has been making a pottery for a long time.”

Diary Of A Dancerwas in the JCP: Next Edition competition where the jury awarded the film as “a project that takes a bet: to include in one gesture many others – a love story and a story of work, the work of gazing and the work of welcoming, the work of starting anew and the work of remembering we are a body”.

The JCP: Next Edition jury also awarded a Special Mention to Dane Komljen and James Lattimer’s A Treatise On Limnologyas “a project that combines depth and surface, heavens and its earthly reflection, archives and present, that articulates ecology and beauty, science and cinema, North and South, one and two filmmakers.”

JPM ran May 6-8, reporting around 150 film industry professionals from 55 companies and organisations.