Screen has launched its jury grid for the 2019 Berlinale 2019 Competition films, with Lone Scherfig’s The Kindness Of Strangers scoring a middling 1.6 average from the eight grid critics.

Participating critics on the grid for this year are:

As in previous years, each critic watches each Competition film and awards a star rating on the following scale: four (excellent), three (good), two (average), one (poor), zero (bad). 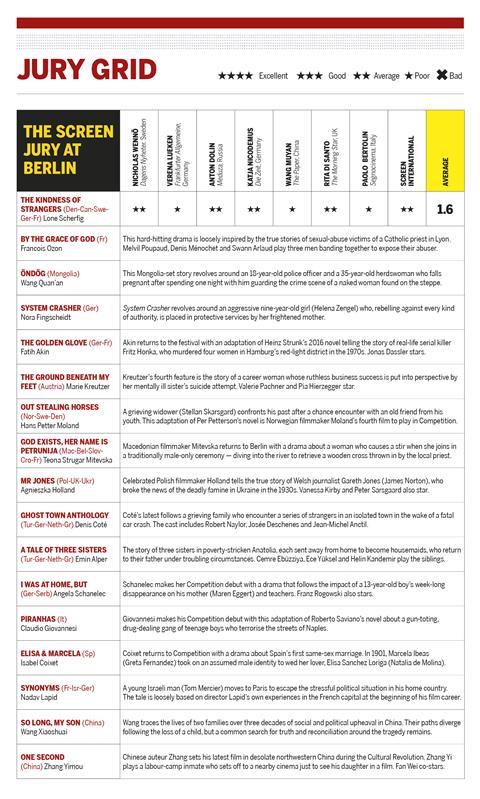 Lone Scherfig’s festival opener achieved a mid-to-low 1.6 average, with 2s from each critic apart from Lueken, Wang Muyan and Bertolin who each gave it a 1.

Next up are François Ozon’s Catholic sexual abuse drama By The Grace Of God, Wang Quan’an’s Mongolia-set Öndög and Nora Fingscheidt’s System Crasher.

Last year’s Berlin jury grid was topped by Wes Anderson’s animation Isle Of Dogs with 3.3, while the jury grid from Cannes saw an all-time record score of 3.8 from Lee Chang-dong’s Burning.