The Orchard film group rebrands as 1091 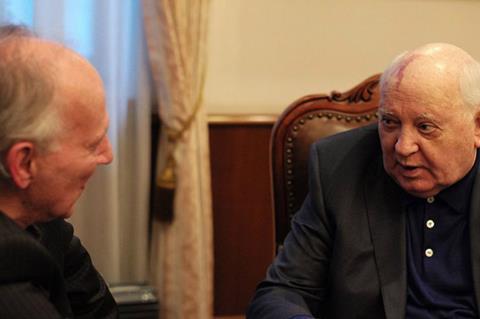 The Orchard film group has rebranded as 1091 after it was acquired by 1091 Media in January and has announced a new leadership team and set Tribeca Film Festival documentary selections Meeting Gorbachev and Halston as its first releases.

Meeting Gorbachev (pictured) will open on May 3 and charts the career of Mikhail Gorbachev, the eighth and final leader of the Soviet Union. Frédéric Tcheng’s documentary Halston opens on May 24, and explores the life and work of 1970s fashion designer Roy Halston Frowick.

1091 Media acquired the film business from global music distribution company The Orchard in a deal that returns it to the original ownership team that established the initial vision for the film and television distribution operation when they owned The Orchard prior to its sale to Sony Music Entertainment in 2015.

“This is a homecoming in many ways for Joe and me, having originally launched the business in 2010 when we owned The Orchard,” said Stein. “With the dramatic shifts in the content and distribution landscape, more content is being created and delivered to more platforms than ever before. We look forward to building on our relationships with filmmakers and content creators.

“We have an outstanding management team with a strong track record that will take 1091 in an exciting new direction, with continued support and investment, including a renewed focus on expanding partnerships for our leading action sports content catalogue.”

The company’s credits include Cartel Land, Birds Of Passage, Neruda, BPM (Beats Per Minute), Life, Animated, What We Do In The Shadows, Hunt For The Wilderpeople, American Animals, and The Hero.