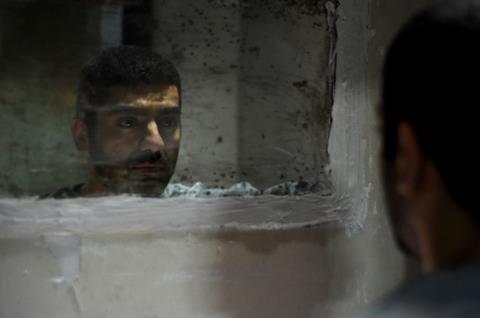 Mohammad Rasoulof’s There Is No Evil has become the latest film from Iran to win the Berlinale’s top honour, the Golden Bear, following Asghar Farhadi’s A Separation in 2012 and Jafar Panahi’s Taxi Tehran in 2015.

Rasoulof was not able to attend this year’s festival because he is banned from leaving Iran following his arrest last year. The film’s producers Farzad Pak and Kaveh Farnam, and the director’s daughter Baran Rasoulof (an actress who lives in Hamburg) collected the award on his behalf at tonight’s awards ceremony.

There Is No Evil, a cautionary tale about the death penalty, was shot in secret by the director in his native Iran. Films Boutique is handling sales on the project, which also won the Guild Film Prize and the Prize of the Ecumenical Jury.

Despite his legal troubles, Rasoulof is a prolific filmmaker, winning three Cannes’ Un Certain Regard prizes for Goodbye (2011), Manuscripts Don’t Burn (2013) and Man Of Integrity (2017).

The 70th Berlinale was the first overseen by new artistic director Carlo Chatrian and executive director Mariette Rissenbeek, who took over from Dieter Kosslick after his contract expired in 2019.

A special Silver Bear to celebrate the festival’s 70th anniversary (as a replacement this year for the Alfred Bauer Prize, renamed after Bauer’s Nazi activities came to light) went to Benoit Delépine and Gustave Kervern for their latest film Delete History on their third visit to the Berlinale.

The Silver Bear for best director was presented to Korean filmmaker Hong Sangsoo for The Woman Who Ran – this was the fourth time that he had had a film selected for the Berlinale Competition, the last time being in 2017.

The Silver Bear for best screenplay was awarded to Bad Tales, the second feature of the Italian screenwriting and directing brothers Fabio and Damiano D’Innocenzo, who dedicated their prize to the memory of the late Swiss producer Tiziana Soudani.

The Silver Bear for best actor went to Elio Germano for playing artist Antonio Liguabue in Giorgio Diritti’s Hidden Away, with the actress prize going to Germany’s Paula Beer for her role in Christian Petzold’s Undine.

The Silver Bear for outstanding artistic contribution for lighting and camerawork went to the veteran German director of photography Jürgen Jürges for his work on Ilya Khrzhanovsky’s controversial Dau. Natasha.

When introducing the winner, jury president Jeremy Irons said that the film had ”divided the jury“, but congratulated Jürges on “extraordinary work“ and “an extraordinary film”.

Meanwhile, three Berlinale plaques were awarded in the newly created Encounters competition section by the international jury including Chilean director Dominga Sotomayor who made special reference to the current political situation in her country before first announcing a special mention for Argentinian director Matias Pineiro’s Isabella.

The award for best director went to Cristi Puiu for Malmkrog, while the special jury award was presented to The Trouble With Being Born which is Austrian filmmaker Sandra Wollner’s graduation film from the Film Academy Baden-Württemberg.

Wollner thanked artistic director Chatrian for creating the new competition section even though, as she pointed out, people might not yet be quite sure how Encounters differs from the other sections in the festival.

The award for best film in the Encounters line-up went to C.W. Winter and Anders Edström’s The Works of Days (Of Tayoko Shiojiri in the Shiotani Basin).

Making his first visit with a film to the Berlinale, Rithy Panh took home the new €40,000 RBB – documentary award for Irradiated (sold internationally by Playtime Paris), with a special mention going to the directorial duo Tizza Covi and Rainer Frimmel for Notes From The Underworld screening in the Panorama section.