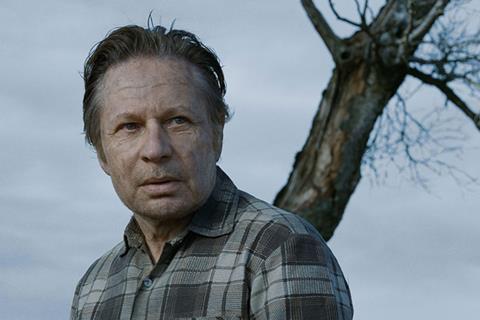 Jens Assur’s Ravens (Korparna) has been named best film at the 58th Thessaloniki International Film Festival (Nov 2-12), winning the Theo Angelopoulos Golden Alexander award, which comes with a purse of €8,000.

Set in Sweden in the 1970s, the film deals with the efforts of a farmer to save his land. Leading actor Reine Brynolfsson was named the festival’s best actor. World sales on the title are handled by Celluloid Dreams.

The screenplay, co-written by Jalilvand, deals with the professional and personal ethics of a doctor who gets involved in a car accident which results in the death of a child.

The film also received the Fipresci award at Thessaloniki. World Sales are handled by Noori Pictures and Greek distributor Seven Films picked up the title after the awards ceremony.

The screenplay, written by Palmason, deals with the problematic relationship between two brothers working in a limestone factory in a small Danish village.

The film is sold internationally by New Europe Film Sales and was acquired for distribution in Greece by StraDa Films.

The Belgian, Dutch, French coproduction Cargo, directed by Gilles Coulier, received the best screenplay award. Co-written by Coulier and Tom Dupont, the screenplay deals with three brothers trying to cope with their personal and financial problems and save their fishing boat from sale.

Darya Zhovar was named best actress for her performance in Closeness (Tesnota) directed by Russian Kantemir Balagov. World sales are handled by Wild Bunch and the film was acquired by Seven Films for theatrical distribution in Greece.

A special mention from the jury went to the late Harry Dean Stanton for his performance in Lucky, his last film before passing away, which was directed by US actor John Carroll Lynch. Sold by Magnolia Pictures, the film was acquired for Greece by Filmtrade.

Bloodless by Corean Gina Kim was awarded Best Film (with a purse of €3,000) by a separate international jury in a 10 films-strong new section dedicated to VR films.

Tributes and retrospectives included those to Ruben Ostlund (Square) and Ildiko Eynedi (On Body And Soul).

Elsewhere, The Agora Industry awards saw the €50,000 Eurimages Lab Award go to the Serbian-Croatian co-production Speak So I Can See You by Marija Stojnic.

The impressive number of Greek productions in the festival – more than 30 features - was arguably tarnished by controversy between the public Greek TV ERT, the Greek Film Centre and the local unions, which was made public during the traditional ERT conference held at the festival.

The filmmakers challenged the institutions over a series of recent measures that have put in doubt the future of financial backing for local productions.

To the sound design of Ravens (Korparna) by Jens Assur (Sweden)

Special Jury Award - Do It Yourself by Dimitris Tsilifonis