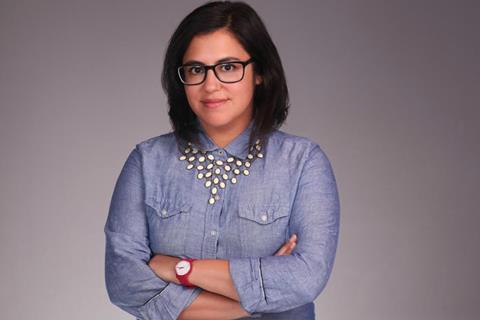 Navarro arrives from ITVS, where she managed various content and funding initiatives, oversaw a development portfolio, and acted as consulting producer on a range of projects including SXSW 2018 entry Las Sandinistas.

In her new role she will oversee all of TFI’s programming including its documentary, scripted, education, and interactive initiatives.

“We are very excited to have Monika join our TFI team,” said Amy Hobby, TFI executive director. “She exemplifies a new strategic direction for the Institute and will help us grow and strengthen our programmes with greater intention and collaboration. We are confident in her expertise and her ability to lead our strong program team, as we raise the bar in outreach and impact.”

“It’s an exciting moment to join TFI and build on their mission of supporting artists and filmmakers whose work acts as a catalyst for change,” added Navarro. “The role of the artist has never been more important and TFI is poised to be a leader in the industry in pushing form and being more inclusive, equitable and diverse. I’m honoured to be a part of the talented and committed team at Tribeca Film Institute, working at the intersection of storytellers, activists and communities.”