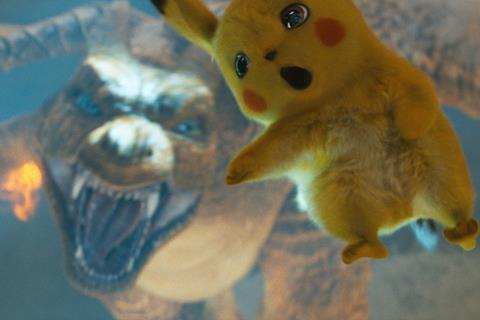 The feature is the latest instalment in the popular Japanese franchise, with Ryan Reynolds lending his voice and motion-captured face to the small rodent-like creature with powerful electrical abilities. It is the first Pokémon film to mix animation with live action.

In this story, a former Pokémon trainer Tim Goodman (Justice Smith) finds a talking Pikachu that once belong to his father, and wants to be a detective.

Pokémon Detective Pikachu will have to substantially outstrip them all to stand any chance of dethroning Avengers: Endgame. The Disney behemoth scored a second weekend of £14.3m – the second-highest ever in the UK – and had already broken into the all-time top 10 after just 12 days on release.

Even a large 60% drop to its third weekend would still see Endgame take £5.7m, a figure probably beyond Pokémon Detective Pikachu’s reach.

Anywhere close to the £10m barrier would represent a strong result for Iron Man and his cohorts.

Universal’s The Hustle is another title looking to capitalise on any Avengers fatigue. Anne Hathaway and Rebel Wilson lead the film as a pair of female scam artists who team up to take down the men who have wronged them. It is the first feature directing effort from The Thick Of It star and regular Veep director Chris Addison. 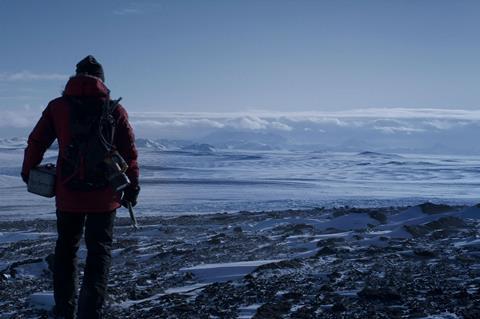 Signature Entertainment is releasing Arctic, the directorial debut of Brazilian musician and YouTube star Joe Penna. Mads Mikkelsen leads the cast as a man stranded in the titular territory who must take extreme measures to survive.

Claire Denis’ latest film High Life starring Robert Pattinson as a father trying to survive in deep space with his daughter, is out through Thunderbird Releasing. Denis’ record gross in the UK is still 2000’s Beau Travail with a £30,222 start and £302,232 finish; Thunderbird will be hoping the Pattinson star power can propel High Life beyond that mark.

Amazing Grace, Alan Elliott and Sydney Pollack’s documentary about legendary soul singer Aretha Franklin, is released this weekend through Studiocanal. The film premiered at DOC NYC in New York last November, and has since played at Berlin Film Festival and SXSW.

Cannes 2018 title Diamantino, about a Cristiano Ronaldo-style footballer who loses his touch and must find a new purpose, is released through Modern Films.

Entertainment Film, whose Fisherman’s Friends is still running at £7.1m last weekend, has UK crime thriller The Corrupted, led by 2010 Screen Star of Tomorrow Sam Claflin, set ahead of the 2012 Olympics.

Aside from Avengers: Endgame, other key holdovers include Seth Rogen and Charlize Theron in Long Shot; horror The Curse Of La Llorona; canine comedy A Dog’s Journey; and author origin story Tolkien.