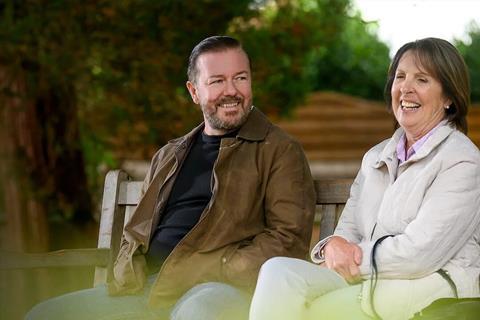 UK producer Charlie Hanson has been removed from production of season three of After Life by Netflix, in the wake of allegations against him by 11 women including of serious sexual assault.

The allegations were detailed in a report by UK newspaper The Times today (May 29); Hanson has denied all wrongdoing, according to the paper.

They follow a report by Screen’s sister publication Broadcast yesterday (May 28) that Netflix had removed the producer following anonymous emails the company received on Monday (May 24) containing allegations of historical sexual harassment; the story didn’t identify Hanson by name.

The allegations reported by The Times include one woman claiming Hanson had sex with her without her consent; and a second woman claiming he assaulted her at her home in 2015 when she was too drunk to consent.

Hanson produced the first two seasons of Ricky Gervais’ Netflix comedy After Life; production on the third season is continuing without him. He has collaborated frequently with Gervais, having produced his previous shows Derek, Life’s Too Short and Extras, as well as features Cemetery Junction in 2010 and David Brent: Life On The Road in 2016.

Further film credits include Where Hands Touch in 2018 and A Way Of Life in 2004, both directed by Amma Asante.

The news comes exactly one month after The Guardian published allegations by 20 women against actor and filmmaker Noel Clarke, after which Bafta suspended his membership and the Outstanding British Contribution to Cinema award he had been given less than three weeks previously.

If you would like to speak to someone about bullying or harassment you can call the Film and TV Charity’s 24-hour Support Line - 0800 054 0000 - to speak to a bullying advisor or use their online resources www.filmtvcharity.org.uk/bullying