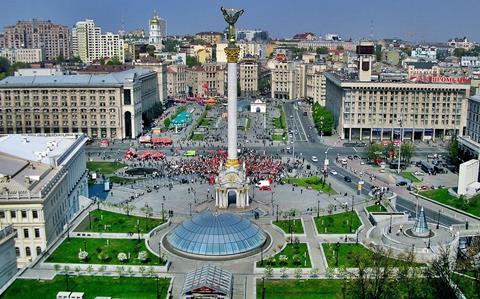 The Commissioner for Education, Culture, Youth and Sport, Tibor Navracsics was in Kiev today (Nov 19) to sign a Creative Europe Agreement and meet with representatives of the Ukrainan cultural and creative industries.

The Creative Europe Agreement with Ukraine will give full membership of the Culture sub-programme, but only partial participation to the MEDIA sub-programme.

Ukraine will therefore only be able to participate in training, festivals, audience development and access to market initiatives within the MEDIA sub-programme.

Imprisoned Ukrainian filmmaker Oleg Sentsov has been put forward for next year’s Shevchenko National Prize, the highest state prize of Ukraine for works of culture and arts awarded since 1961.

According to the MIG news agency, Sentsov has been nominated for his debut feature Gamer and the as-yet-to-be-filmed project Rhino, planned with Germany’s Neue Mediopolis Filmproduktion.

The 30 nominees include the current director and artistic manager of the Kiev Modern Ballet, Radu Poklitoru; the veteran politician Levko Lukianenko, a dissident during the Soviet Union and co-founder of the Ukrainian Helsinki Group; and the mezzo-soprano Angelina Shvachka who was appearing in the Festival Internazionale di Musica e Arte Sacra in Italy last month.

The Prize is awarded annually by order of the President of Ukraine and given in five categories - literature/fiction, literature/non-fiction, journalism/opinion journalism, performing arts and other arts.

The prize had also been awarded for feature films until the introduction of the Dovzhenko State Prize in 1994.

Winners had included Sergei Parajanov - posthumously - for Shadows of Forgotten Ancestors, and the actor Sergei Bondarchuk for his role in Mykola Maschchenko’s 1982 film The Gadfly.