EXCLUSIVE: Visual effects firm behind The Theory of Everything and the 2012 London Olympics opening ceremony appointed sole vendor. 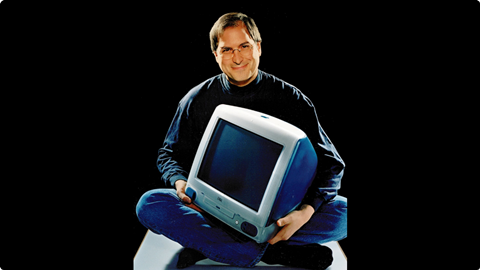 More recently, Union worked on Oscar and BAFTA-winning The Theory of Everything and upcoming titles include Icon, Suffragette, Everest, Genius, Far From Madding Crowd, and The Lady In The Van.

The Jobs biopic represents Union’s most high-profile title to date.

Adam Gascoyne, visual effects supervisor and creative director at Union, said: “It’s going to be a very significant year for Union, with the calibre of stories, talent and creativity we’re involved with surpassing any other.

“Again, of course, it’s a great privilege to join Danny’s team and this time in the birthplace of the modern digital age. It’s a world that has revolutionised our way of life and has even allowed our own craft in VFX to flourish, it’s a momentous story to be able to contribute to.”

The long-gestating biopic of Jobs, the late technology guru and Apple founder, began shooting in San Francisco last month. Working from a screenplay by Oscar-winner Aaron Sorkin (The Social Network), the film is being made through Universal.

It is understood the film will retain Sorkin’s unorthodox three-act structure. The screenwriter, who has adapted Walter Isaacson’s Steve Jobs: The Exclusive Biography, previously said he imagined a biopic that had just three scenes, each shot in real time and taking place just before a vital Apple product launch. Reports suggest the final sequence will be set in 1998 with the unveiling of the first iMac. Jobs died of cancer on Oct 5 2011.