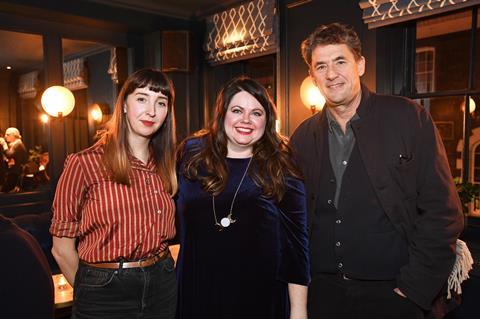 Dryden is a writer, director and producer of short-and feature-length films. She founded Gloucestershire-based production company Little By Little Films in 2011,specialising in projects led by LGBTQ+ people and women.

Her credits include producing Jennifer Brea’s documentary Unrest, the director’s own story of fighting chronic fatigue syndrome. It won the special jury prize for documentary editing at Sundance 2017. She also won an Emmy for outstanding short documentary for verité short documentary series Trans In America in 2018.

Dryden’s current projects include feature documentary Ahead Of The Curve, about Franco Stevens’ creation of renowned lesbian magazine Curve in 1990. The film is being made with an all-female LGBTQ+ crew.

In addition to the money, she will receive mentoring and support from a group of industry leaders, as well as a place on Creative England’s Market Trader programme.

First launched at Cannes 2018, the £15,000 award is given to an emerging independent UK producer who is based outside of London. It is supported by Bafta, and awarded in honour of former Bafta chairman and British Screen Finance CEO Relph, who died in October 2016.