The EuropaCorp chief has dropped new images from his upcoming $180m sci-fi adventure Valerian And The City of A Thousand Planets ahead of the release of the new teaser trailer on Thursday. 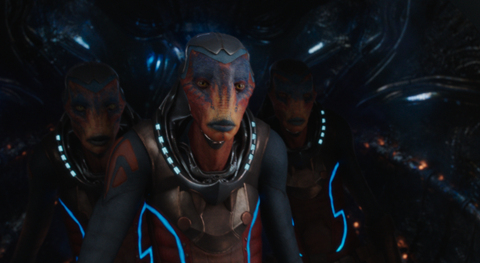 Dane DeHaan and Cara Delevingne star as the lovebird adventurers in Besson’s adaptation of the French comic book.

EuropaCorp showed the trailer to buyers at AFM and has scheduled a July 21 release next summer in the US with the UK, France, Germany, Brazil and Argentina opening on the same weekend.