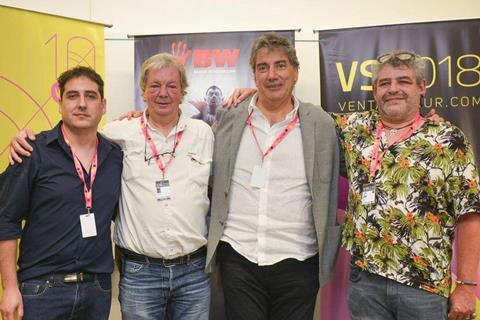 Buenos Aires film market Ventana Sur kicks off on Monday (10) with the signing of a pact between genre sidebar Blood Window and the Brussels International Fantastic Film Festival (BIFFF) to fortify production ties between Latin America and Europe.

The arrangement will see BIFF Market launch the B2 Genre TV Project in collaboration with Blood Window and INCAA, marking the first programme aimed at promoting and fostering genre TV content.

“The final aim of this agreement is to promote genre films, especially genre TV series,” said Delmote and BIF Market managing director Romain Roll. “That’s why one of the biggest genre film festival in the world, the Brussels International Fantastic Film Festival (BIFFF) – BIF Market, and the largest genre film market in Latin America, Blood Window, made this agreement.

“Even if this year’s agreement is only based on Belgian and Argentinian TV genre productions the aim is to support all the European and Latin American TV genre projects in the future.”

The partnership will see pitch sessions, presentations, and one-on-one industry meetings during BIF Market, which runs from April 10-12, 2019.

An open call for participants will be announced in December and two Argentinean projects in development or post-production will be selected to attend.