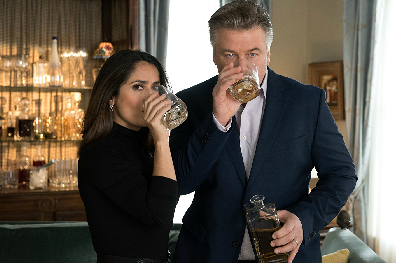 Vertical Entertainment and DIRECTV announced at TIFF they have acquired US rights to Drunk Parents starring Salma Hayek and Alec Baldwin.

Fred Wolf directed the comedy from BRON Studios, Fortitude International and Creative Wealth Media about two parents who try to hide their financial difficulties from their daughter and social circle through elaborate schemes.