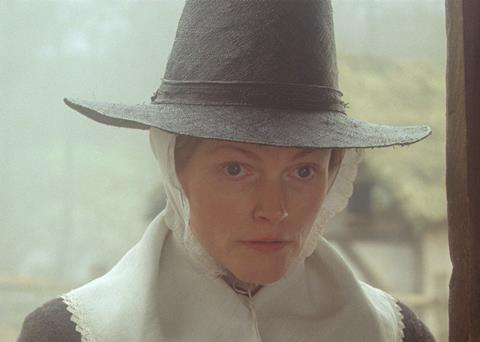 Set in 1657, the film stars Maxine Peake as a Puritan woman who lives on an isolated farm with her husband, played by Charles Dance, and whose simple world is shaken by the arrival of a mysterious young couple. The cast also includes Freddie Fox and Tanya Reynolds.

Rupert Preston, CEO of Vertigo Releasing, told Screen the film had been acquired following the lockdown, which has seen cinemas closed across the UK due to the Covid-19 pandemic.

He added the feature would have received a day-and-date release were restrictions not in place but that Vertigo was embracing the “brave new world” of solely digital releases that have been prevalent during the virus crisis.

“If we had released pre-lockdown, it would have been as per other quality genre films we’ve released like Revenge and The Nightingale, which received simultaneous theatrical and digital releases,” said Preston.

As previously announced, Vertigo is set to give Harvey Weinstein-inspired drama The Assistant an early digital release in the UK on May 1 after being forced to scrap plans to release it theatrically on April 3 in the wake of the coronavirus outbreak.

Written and directed by Thomas Clay, Fanny Lye Deliver’d received its world premiere at the BFI London Film Festival, where it played in competition, in October 2019 and went on to be selected for Goteborg and Rotterdam.

It marks the third feature by Clay, whose previous drama Soi Cowboy played in Un Certain Regard at Cannes in 2008 while The Ecstasy of Robert Carmichael screened in Critics’ Week in 2005.