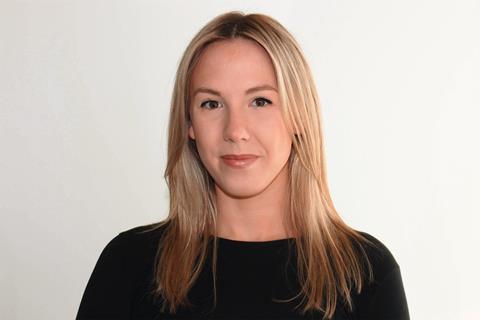 Gasher becomes a senior member of the company’s international sales executive team covering Voltage Pictures’ film slate. She will report directly to president and COO Jonathan Deckter, who made the announcement on Monday (May 17).

At DDI she worked across various territories and sold titles such as The Doorman starring Ruby Rose and Jean Reno, The Virtuoso with Anthony Hopkins, Ansel Mount and Abbie Cornish, Girl starring Bella Thorne and Mickey Rourke, and Sometimes Always Never with Bill Nighy, Sam Riley and Alice Lowe.

”Dani has exceeded our expectations since she joined us in January, so it’s with great pleasure that we are giving her an expanded role as director of international sales,” said Deckter. ”I’m looking forward to watching from the front row as she continues to grow and expand her portfolio, and I just hope that she’ll return my calls when she’s running a company one day.”

Voltage’s upcoming Cannes sales slate features After We Fell, the third instalment of the hit After YA franchise that the company has shepherded since inception; and YA romance Time Is Up starring social media celebrity Bella Thorne (Scream: The TV Series, Midnight Sun) and Italian pop star Benjamin Mascolo.

The roster includes Per Tutta La Vita (For All Life) from the producers of Perfect Strangers; and romance Finding You, which filmed in Ireland and stars Katherine McNamara (Shadow Hunters), Tom Everett Scott (That Thing You Do), and Vanessa Redgrave (Atonement).