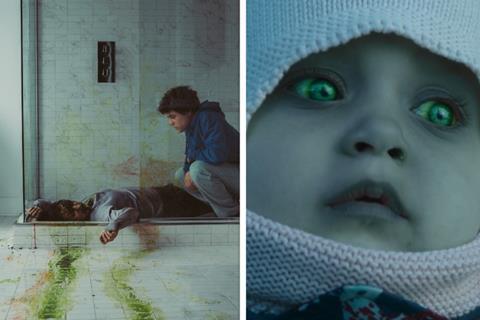 Montreal-based WaZabi Films has boarded worldwide rights excluding Canada on “zom-com” Brain Freeze and will launch sales at the virtual EFM next month.

Palomar produced the film written and directed by Julien Knafo about an exclusive golf club that hires a biotech company to deploy fertiliser that melts the snow so members can enjoy 18 holes all year round.

When the treatment contaminates the local water supply and turns most of the locals into zombies, teenage André is left to fend for himself and his baby sister Annie. Iani Bédard leads the cast.

“We immediately connected with the refreshing approach to this zombie film,” said WaZabi co-presidents Anick Poirier and Lorne Price. “It made us smile and shudder all at the same time.”

Barbara Shrier produced for Palomar and said, “With this film we humbly offer some food for thought during this worldwide pandemic, but ultimately just want to bring a smile to everyone’s face.”