What next for the Arab film festival circuit, following Dubai's demise? 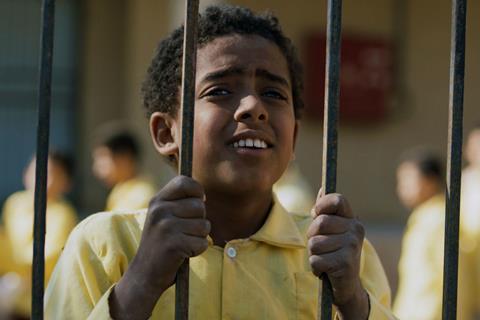 The arrival of a big Saudi Arabian delegation to kickstart the country’s drive to build the biggest film and TV business in the Gulf, following the lifting of its 30-year-old cinema ban, has also been a talking point.

But in the backdrop, a less positive topic has been dominating the conversations of the Arabcinema professionals in Cannes over the last week, namely the unexpected closure of the UAE’s Dubai International Film Festival (DIFF) last month.

The 14-year-old festival, taking place in December, had bloomed in recent years to become a major date on the calendar for the Arab film world. Its industry initiatives such as the Enjaaz post-production fund and Dubai Film Connection also played an important role in the independent film production eco-system.

“It’s a big loss. It was the biggest festival in the Arab world. At the very last edition we had 25 films, between official selection and the market,” said Alaa Karkouti, co-founder of the promotional body of the Arab Cinema Centre. “Dubai was when the independent industry set strategy for the coming year, for projects, shoots and releases.”

Another DIFF regular declared: “It’s the equivalent of losing the Arab world’s Cannes.”

According to a statement on the DIFF website, it will be back in 2019 with a new format but few people in the region believe this and speculation is now rife around which festival will fill the void left by Dubai’s demise.

In another twist, rumours are rife that Abu Dhabi, the UAE’s largest and richest emirate, is mulling a revival of the Abu Dhabi Film Festival it mothballed abruptly in 2015.

There are several potential candidates to take over from DIFF but no frontrunner.

The event, unfolding in the Red Sea resort of El Gouna, mixes regional and international films with a raft of industry events. Its second edition will take place Sept 20-28.

Arab and international professionals flocked to Sawiris’s yacht in Cannes over the weekend for a lively soiree feting the fledgling festival but privately many question how long the tycoon will foot the bill for the event which is heavily reliant on his patronage. Al Timimi, in the meantime, is not rejoicing over the closure of DIFF, even if it was once a rival for upcoming films.

“It’s not good for any of the festivals in the region when a festival closes down like that. It complicates things for El Gouna because there will be a lot of films that were earmarked for DIFF that will be submitted to us and we won’t be able to take all of them… people won’t be happy,” he told Screen.

Another potential candidate is the Cairo International Film Festival (CIFF) which will mark its 40th edition this November. One of the oldest film festivals in the Arab world, it has a chequered on-again, off-again history and has been accused of bowing to state censorship in the past.

But the recent arrival of respected Egyptian producer Mohamed Hefzy at its helm in the position of president is seen as heralding a new era for the festival, which has just announced an expanded five-day industry programme for the coming edition.

Also re-entering the Arab film festival circuit is the Marrakech International Film Festival which is expected to relaunch this December under new management after a one-year hiatus. Details of the relaunched event are due to be announced imminently.Other existing Arab festivals in the mix include Tunisia’s Carthage Film Festival in November, which will unveil part of its line-up in Cannes on Tuesday (May 15) although this is regarded as more of a public festival.

Speculation is also rife that Saudi Arabia will soon launch a festival on a par with that of DIFF but Ahmad Al-Mazaid, CEO of the country’s General Culture Authority (GCA) which is overseeing the cinema drive, downplayed the rumours.

“For us to have a festival we have to have content that is developed locally with Saudi,” he told journalists at a press conference in Cannes last week. “We will be developing a festival but our focus initially will be to develop the talent, the films, the industry itself and so we come with our own content and movies and supplement with regional as well as international content.”The territory is believed to working instead on a more low-key event with a local focus for later this year.

Outside Of The Region

Some also suggest that the Arab cinema-focused festivals outside the region - such as the Malmo Arab Film Festival in Sweden – could take on DIFF’s mantle in the absence of a stable event with guaranteed longevity in the region.Beyond Malmo, Paris’s Institute of the Arab World is also reviving its festival activities this June with the launch of the new Arab Film Festival, the first edition of which will be presided over by Palestinian actress and director Hiam Abbass.

The institution’s Biennale des Cinéma Arabes, which ran between 1992 and 2006, was an influential event at the time. It remains to be seen how this new festival develops.

In the meantime, the Arab Cinema Centre’s Karkouti suggests a single festival hub in the vein of DIFF is unlikely to emerge any time soon.

“DIFF was an event where you could get a sense of what was coming up across the region for the coming year. Everyone would present their highlights in terms of projects and upcoming releases,” he said. “Now the focus will be split. Filmmakers and their producers will have to go to several different events to achieve the same thing until another festival comes to the fore again.”