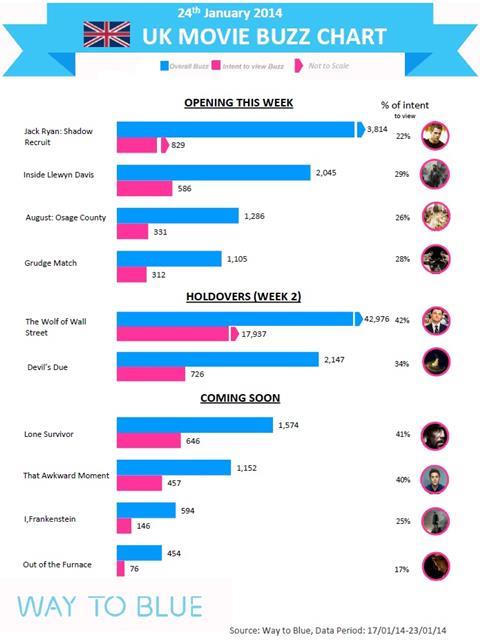 Having recorded Martin Scorsese’s biggest-ever UK bow, The Wolf of Wall Street is continuing to create the most buzz and intent to view, as seen in the chart generated by Way to Blue.

The biopic was some way ahead of the buzziest new release, Jack Ryan: Shadow Recruit, but the spy reboot might have a competition on its hand from Inside Llewyn Davis to become the week’s highest new entry as the Coens’ latest has a higher intent to view percentage.

Of the films coming soon, Lone Survivor is narrowly ahead of That Awkward Moment in both buzz and intent to view.