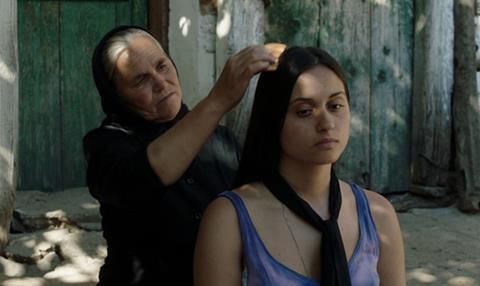 Women filmmakers triumphed at the 20th edition of the Sofia International Film Festival (SIFF) at the weekend’s awards ceremony in the National Palace of Culture.

The Meetings’ new Grand Prix, sponsored by the Nu Boyana Film Studios and consisting of $56k (€50k) worth of services and a cheque for $5.6k (€5k), was presented by CEO Yariv Lerner who declared that “based on the merits of the presentation, the fact of the possibility of making it and a belief in the director, we definitely saw that promise in this director and we look forward to seeing this film soon.”

Daisi has been developed by Kulumbegashvili at the Paris-based Cinefondation residency and will be produced by Tbilisi-based Rati Oneli along with the veteran US producer Jim Stark.

In addition, two women filmmakers came away with prizes from both the festival and the Meetings.

Bulgaria’s Svetla Tzotzorkova and her producer Nadejda Koseva picked up the Hungarian Filmlab Award for the project Sister and received the Best Bulgarian Feature Film Award for her debut Thirst which had premiered at San Sebastian last September and is being handled internationally by Alpha Violet.

Agnieszka Smoczynska’s second feature The Fugue attracted the Focusfox Studio Award after its pitch at the Meetings, while her debut, the horror musical The Lure, was named as the  best film in the international competition by the Youth Jury.

The Young Producer Award by Turkey’s Yapimlab with a one-week project consultancy in Istanbul went to the Croatian producer-director team of Maxima Film’s Rea Rajcic and Vanja Svilicic for her second feature Closed To The Public.

The lineup at the 13th edition of the Sofia Meetings also included new feature projects by Bogdan Mustata (In Between), Tina Gharavi (The Good Iranian) and Konstantin Bojanov (The African Shore).

A former Producer on the Move and Screen Future Leader, Bojanov also showed ten minutes from his second feature Light Thereafter, a Sofia Meeting project in 2014, in the Works in Progress section.

Apart from also hosting closed workshops for members of Europa Cinemas and Europa Distribution, Sofia Meetings organised several panels on issues including the possibility of introducing a tax incentive scheme for film production in Bulgaria, film PR strategies, guerilla filmmaking as well as the launching of First Films First, a new training programme for feature film debutants from Southeast Europe.