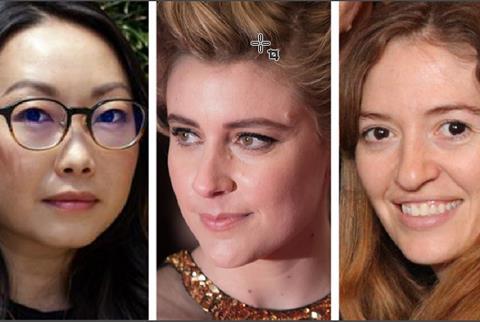 Women in Film LA has lambasted the historical lack of female representation in the Academy’s best director Oscar category after no woman earned a nomination in Monday’s (January 13) selections.

Lulu Wang (The Farewell), Greta Gerwig (Little Women) and Marielle Heller (A Beautiful Day In The Neighborhood) all missed out, as did Lorene Scafaria (Hustlers), Olivia Wilde (Booksmart), and Kasi Lemmons (Harriet).

“It’s disheartening that even as the number of women nominated for awards in documentary, short film, and technical categories increases, there have still only been five women considered for the Best Directing award in its 92-year history,” Women In Film LA executive director Kirsten Schaffer said in a statement.

“The Academy has made efforts to balance its voting bodies, but gender equality and diversity do not just happen. Without deep systemic change in the industry and a real commitment to equity in film finance, distribution, and marketing, this bleak trend will continue.”

Gerwig was the most recent female director to earn an Oscar nod for Lady Bird two years ago. Lina Wertmüller was the first for Seven Beauties in 1977, followed by Jane Campion for The Piano in 1994, Sofia Coppola for Lost In Translation in 2004, and Kathryn Bigelow for The Hurt Locker in 2008.

Bigelow is the only woman ever to win the best director Oscar for The Hurt Locker.