World premiere of Apple’s 'The Banker' to close AFI FEST 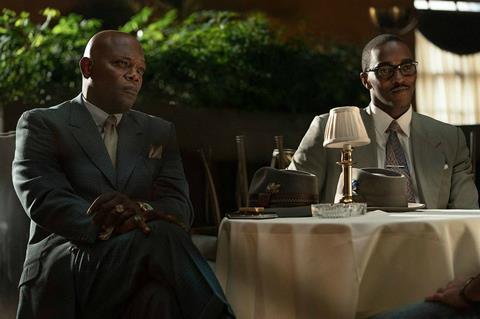 Apple has stepped up its awards campaign for The Banker starring Anthony Mackie and Samuel L. Jackson which will get its world premiere as the closing night gala at AFI FEST on November 21.

The digital titan recently unveiled theatrical distribution plans for the film and a couple of other potential awards contenders before their debuts on the Apple TV+ streaming platform, which launches on November 1.

The film is based on a true story and follows two African American entrepreneurs in the 1960s who take on the Establishment and help African Americans pursue the American Dream. The pair trained a working class white man to pose as the rich face of their burgeoning real estate and banking empire, while they posed as a janitor and chauffeur.

Director of AFI Festivals Michael Lumpkin said, “The Banker joins a remarkable group of films being released this year that openly confront centuries of racism and injustice in our country, while celebrating the brave individuals whose activism has created real change.”

As previously announced, AFI FEST presented by Audi runs from November 14-21 and will open with the world premiere of Melina Matsoukas’s Queen & Slim. The full festival line-up will be announced later this month.