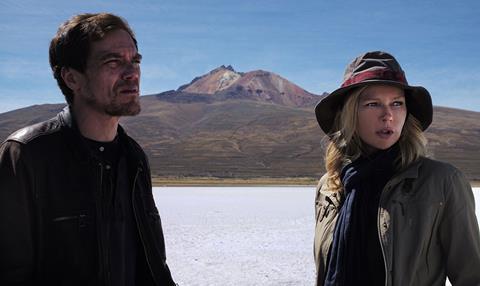 LA based distributor XLrator Media has swooped on US rights to Werner Herzog’s Salt And Fire ahead of its North American premiere in Toronto International Film Festival’s (Aug 8-18) Special Presentations strand.

Salt And Fire premiered at the Shanghai International Film Festival in June and is inspired by a story by Tom Bissell about a corporate CEO and a group of scientists who rally together to prevent a looming environmental catastrophe. The film shot in Bolivia at the Uyuni salt flats and in Germany. Benaroya committed to the project shortly after working with Herzog on Queen Of The Desert.

XLrator Media’s Barry Gordon and Lea Flome brokered the Salt And Fire deal with CAA and the distributor plans a spring 2017 theatrical release.