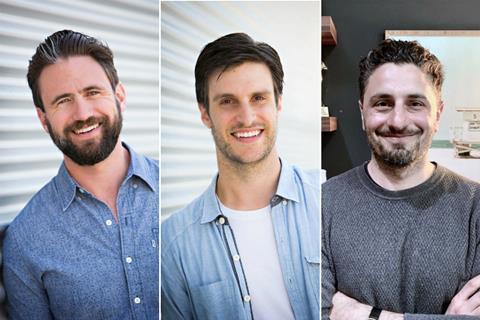 The fund raise enables XYZ to fully finance or co-finance the filmmaker-driven independent genre fare on which it has built its brand and is the latest expansion after the hire of Tatyana Joffe as president of international sales and distribution, and the launch of documentary and talent management divisions.

Helsinki-based IPR.VC is backed by Nordic institutional investors and puts money in media and entertainment with a focus on intellectual property.

“Our model has always been making responsibly-budgeted films from filmmakers we want to support,” said the XYZ partners Nate Bolotin, Nick Spicer, and Aram Tertzakian. “With funding from IPR, we can now be a one-stop shop for production, distribution and financing.”

Maxime Cottray of XYZ Films negotiated the deal with Elisa Alvares for IPR.VC.

XYZ’s AFM sales titles include thrillers Gilded Rage starring Christophe Waltz, Lily Collins and Bill Skarsgard, and Airborne with Alexandra Daddario. The company launched in 2008 and highlights include Gareth Evans’ The Raid and The Raid 2, Karyn Kusama’s The Invitation, and Joe Penna’s Arctic.