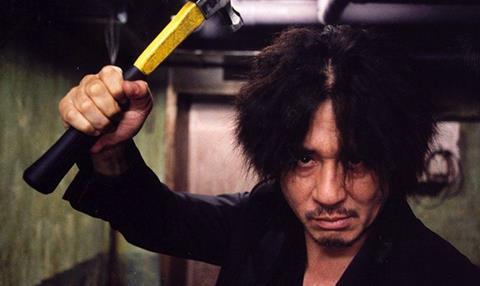 The second film in Park Chan-wook’s Vengeance trilogy, coming between Sympathy For Mr Vengeance and Sympathy For Lady Vengeance, Oldboy was the film that propelled not just its director but an entire industry into the international arena.

This exquisitely sadistic opera of violence was the apotheosis of Korea’s extreme cinema, a movement defined by its uncompromising themes and savagely beautiful imagery.

It is perhaps unsurprising that Oldboy struck a chord with genre fan Quentin Tarantino, who was enthusiastic in his praise when he served as head of the 2004 Cannes jury that awarded the film the Grand Prix.

The film is a brutal neo-noir that follows the misadventures of Oh Dae-su, a boorish businessman who is kidnapped and imprisoned for 15 years. Unflinchingly played by Choi Min-sik, Oh finally leaves captivity a shattered and twisted man obsessed with exacting revenge on whoever it was that wrecked his life. Bravura sequences such as a single-shot slice-and-dice corridor knife fight ensured global audiences sat up and took notice, and the picture’s genuinely transgressive twist was at least as shocking as the unflinching violence.

Following Oldboy, the audience’s appetite for Korean cinema was as voracious as Oh’s craving for live octopus. And Park’s macabre Gothic approach worked just as well in Hollywood; his 2013 English-language debut Stoker was a characteristically cruel pleasure.