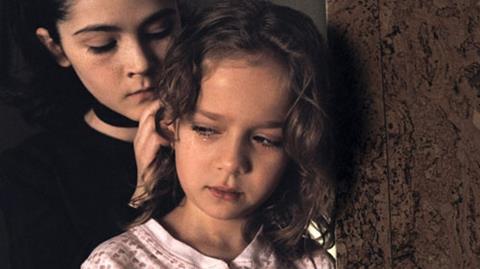 Solid lead performances and a moderately engaging premise make Orphan a slightly above-average evil-child movie with an infusion of Electra complex and a good, if half-hearted, narrative twist.

Its apparent “tweener” status may relegate what is in many ways an admirable effort to a shortened theatrical life: Orphan is too upmarket for gore/horror fans, and marketed in too base a fashion to lure the same adult crowd that made 2005’s Hide and Seek, a somewhat similar tale of shattered domesticity built around a little girl, into a $120m worldwide hit.

On the face of it, Orphan looks like one in a recent line of “evil kid” pictures (micro-release Joshua , which also starred Farmiga as a mother whose sanity is under, Whisper, and the remake of The Omen.) And it is, on many levels. But it also owes a heavy debt to domestic thrillers such as The Hand That Rocks the Cradle and Fatal Attraction.

Opening in the US on July 24 opposite family film G-Force and romcom The Ugly Truth, Orphan may have to count on ancillary markets to connect properly with its core, slightly older demographic.

After a miscarriage, John and Kate Coleman (Sarsgaard and Farmiga) decide to adopt, expanding a family that already includes 12-year-old son Danny (Bennett) and much younger, deaf-mute daughter Max (Engineer). Visiting an orphanage, they settle on nine-year-old, artistically inclined Esther (Fuhrman), whose lilting Russian accent and proper dress and demeanor give her a sense of “otherness” which doesn’t endear her to Danny or her new schoolmates.

As accidents and narrowly-avoided disasters mount, all with Esther at the scene, Kate grows more suspicious of her new daughter. But John doubts Kate, which in turn creates a rift that exacerbates old tensions between the couple.

Director Jaume Collet-Serra (House of Wax) gets a lot of mileage out of the snowy Connecticut environs, but throws in some self-conscious hand-held camerawork and a couple of shock sequences which seem designed to appease some mythical, youth-skewing focus group.

It’s true, too, that the third act twist necessary to explain some of Esther’s actions could and should have been explored in deeper and more satisfying ways than the exposition-laden phone call that sets off the penultimate gallop of the movie’s closing reel.

Yet there’s also a satisfying humanistic side to the movie, and many moments of uncommon tenderness for such a genre piece. The inclusion of Max’s deafness and the use of sign language also add another interesting layer to the film.

Wholly invested lead performances further help anchor Orphan. Farmiga wonderfully conveys Kate’s pain, sadness and self-loathing, and she and Sarsgaard have a full-bodied chemistry that allows for a convincing portrait of a marriage. Twelve-year-old Fuhrman, meanwhile, does a good job of bringing Esther’s steely malevolence to life.

John Ottman’s score is overly familiar, but Jimmy Durante’s cover of Billy Hill’s The Glory of Love - a song Esther sings in the movie - provides ironic counterpoint to Orphan’s denouement over the closing credits.

To sign up for Screen’s weekly Reviews Newsletter with international openings and full festival reviews delivered free to your mailbox every Friday, please click HERE

David Johnson, based on a story by Alex Mace