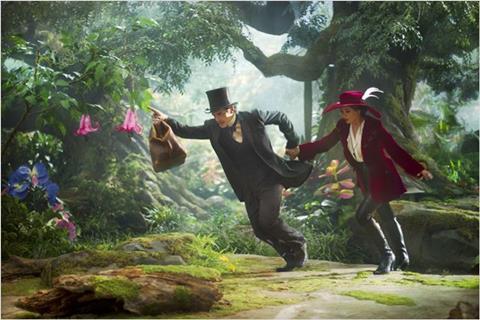 Oz the Great and Powerful has followed the yellow brick road to the top of the UK box office, dethroning Paramount’s Hansel & Gretel: Witch Hunters after just one week.

In terms of other efforts from director Sam Raimi, Oz’s debut was some way behind the first instalment of his Spider-Man trilogy which opened with $14.1m (£9.1m) and unsurprisingly ahead of his previous directorial outing, horror Drag Me to Hell which scared up $2.8m (£1.9m).

The week’s second highest new entry came in the form of Steven Soderbergh’s alleged final feature Side Effects which recorded a sturdy $1.3m (£900,127) debut from its 350 sites through eOne to chart second.

In terms of recent Soderbergh efforts, Side Effects does however fall behind the likes of Haywire ($1.8m/£1.2m), Contagion ($2.2m/£1.5m) and Magic Mike ($4m/£2.7m). It’s worth noting though that all of those opened on more sites, with Magic Mike receiving the widest release at 449.

Paramount also opened The Guilt Trip in 318 sites, hoping that the mother-son road trip comedy could capitalise on Mothering Sunday.

This weekend sees saturation releases for Warner Bros’ The Incredible Burt Wonderstone (which opened SXSW last week), Koch Media’s Red Dawn and Momentum’s Welcome to the Punch. Metrodome’s Maniac, Altive’s Vinyl and Lionsgate’s The Paperboy all receive wide releases, while Artificial Eye’s Beyond the Hills and Dogwoof’s The Spirit of ‘45 are among the films receiving a limited release.