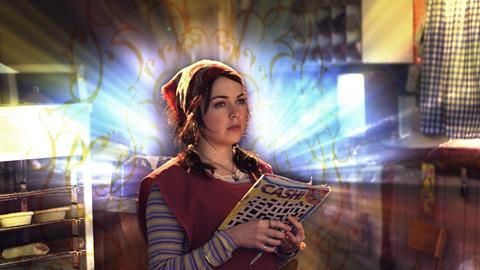 Prime movers are the monster towing trucks which haul enormous “trains” (two or more trailers) through the Australian countryside. Trucks and their owner-driver ‘truckies’ form the tough, macho world of the vivid and original Prime Mover, whose heightened reality, adorned with touches of magic and surrealism, often clashes with the grim reality of its narrative.

Premiering at the Sydney Film Festival in advance of an October Australian release, PrimeMover should skew firmly towards the arthouse, despite nods to Mad Max, freewheeling highway action, thunderous in-cabin sequences and twisting, turning truck chases. Writer/director David Caesar (Mullet, Dirty Deeds) was once a teenaged truckie and Prime Mover — “inspired by real events” — shows a lasting fascination with the rites, manners and paraphernalia of local trucking culture.

Thomas (Dorman) lives for trucks. His father is a mechanic at the local depot where Thomas washes engines and dreams of a life on the open road. Nothing else will do, even though he has an obvious talent as an illustrator — and an artistic imagination which brings calendars to life and adds sunbursts of light round the head of Melissa (Barclay), the sparky ‘gypsy girl’ who works at the service station across the highway. They start a passionate affair. “At least you’re not one of those dickhead truck drivers,” she says.

But when Dad is crushed in the workshop, Thomas gets long-haul truck-driving experience from upright owner-driver Phil (McInnes). Soon Thomas tells the now-pregnant Melissa of his big plan: they’ll get married and he’ll buy a brand new prime mover of his own.

The consequences for both are immense. He borrows the capital from a loan shark and must work extra hours at increasingly cut-price rates; she finds herself alone with baby Sarah in a tiny caravan on a barren field miles from anywhere. Local tough-guy pill-pusher Johnnie (Mendelsohn) gets Thomas hooked on speed and there’s a downward spiral of debt, lies and doom-laden hallucinations.

At the film’s heart is a young couple in love. Dorman and Barclay reprise an on-screen partnership first seen in Suburban Mayhem (2006) and both are excellent. At first boyish and broadly smiling, he morphs into a drugged, victimised stooge. She is gauche and uncertain, then steely and determined, always honest and intriguing.

Mendelsohn has been asked to go over the top as Johnnie, and he obliges, delivering a chilling performance. But the director’s increasing injection of melodrama and magic realism fights against the solid reality of other performances and the increasing grimness of the plot.

As well as a cast of convincing actor/drivers, Prime Mover offers some handsome digital photography, throbbing sound effects and a selection of rarely-seen inland locations. The dusty outback roads look perilous by day here, even more dangerous by night.