The Oscar-winning screenwriter of 12 Years A Slave will direct from his own script for Broad Green Pictures and Imagine Entertainment. 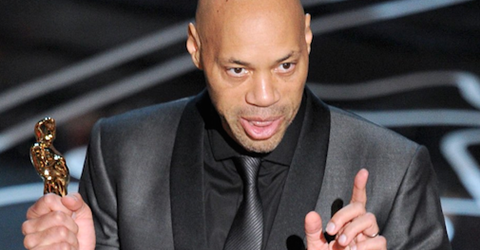 Production on the untitled project about the cataclysmic 1992 event will commence in spring 2016.

Brian Grazer will serve as producer. The LA Riots were triggered by the acquittal of four Los Angeles Police Department officers for the severe beating of black motorist Rodney King.

The judgement sparked one of the worst US civil disturbances of the 20th century and resulted in the death of 50 people, injuries to more than 2,000 and approximately $1bn in property damage.

Broad Green founders CEO Gabriel Hammond and chief creative officer Daniel Hammond issued a statement that included the following line: “This is why we started this company. To make movies like this.”

Grazer added: “We have barely seen the tip of the iceberg in terms of John Ridley’s talent.”

Victor Moyers and Asher Goldstein will oversee the project for Broad Green. Anna Culp and Alexandre Dauman will oversee for Imagine.