EXCLUSIVE: US-UK production about a 60+ cheerleading squad is to be directed by The Battle Of The Sexes’ Zara Hayes. 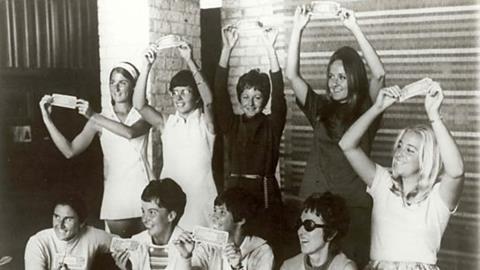 Sierra/Affinity has come on board to finance and produce the grey pound/silver dollar comedy Poms, a US-UK comedy about America’s first cheerleading squad for women aged over 60.

Currently out to cast, the intriguing indie package will be directed by Zara Hayes (The Battle Of The Sexes) from a script written by Shane Atkinson.

Hayes’ 2013 doc-biopic The Battle Of The Sexes (above) charted the events leading up to the 1973 tennis match between retired men’s champ Bobby Riggs and the current women’s Wimbledon winner Billie Jean King. The same events are the subject of Danny Boyle-produced biopic currently in production starring Emma Stone and Steve Carell.

Fledgling UK outfit Mad as Birds is a North Wales indie focused on film and TV.

The company’s first production Set Fire To The Stars (2014) starred Elijah Wood as an aspiring poet in 1950s New York who has his ordered world shaken when he embarks on a week-long retreat to save his hell raising hero, Dylan Thomas.

Soon-to-be-released sales titles for the company include Matthew McConaughey thriller Gold, James Gray’s The Lost City Of Z and Kenneth Lonergan’s Manchester By The Sea.