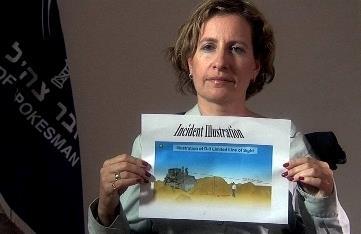 Simone Bitton again proves that she is one of the finest contemporary documentarians with Rachel. As in Wall (2004), which probes the concrete barrier the Israeli government erected between its citizens and Palestinians, she applies a light, almost lyrical touch to a politically charged issue. Here, it is the 2003 death of 22-year-old American peace activist Rachel Corrie, who used her body as an obstacle in a non-violent protest by the International Solidarity Movement (ISM) to prevent the destruction of Palestinian homes by the Israeli military in Gaza. A Caterpillar D9R armoured bulldozer ran her over.

Thoroughly examining the case, Bitton uses it in part to analyse the larger conflict. The film should find an audience in most territories, even if some distributors in the US have expressed reservations about acquiring it so as not to offend the Jewish population. (In 2006 the New York Theatre Workshop dropped the one-woman play My Name Is Rachel Corrie, which had opened in London. It was staged later the same year by the smaller Minetta Lane Theatre.)

The film begins and ends with the reading of Rachel’s e-mails to friends and family back home in Washington State. In between we learn about her expanding social consciousness and her commitment to justice for the Palestinians. Bitton, whose questions we hear but who remains off-camera, occasionally deploys graceful tracking shots, as if to suggest a search, an investigation leading to truth. These balance the more static talking heads, sometimes shot straight-on, symmetrically, who voice both the official government position and the opposing one of witnesses, friends and teachers back home, alongside fellow members of the ISM.

Although Bitton, an Israeli citizen and former soldier who grew up in Morocco and divides her time between Israel and France, doesn’t attempt to mask her own anti-government stance, she does allow the evidence to speak for itself. One example: the long gap in an official videotape of the incident just at the point the driver hit Rachel.

What did happen that day? An IDF (Israeli Defense Force) spokeswoman calls Rachel’s death an accident, claiming she suffocated from the sand the bulldozer dug up, while the Palestinian doctor who treated her at the scene and the local pharmacist maintain that she was killed, deliberately, by the vehicle’s sharp blade. The man who led the military police investigation reports that soldiers “covered for each other,” and that ultimately it is a matter of choosing which side to believe. The official government report states that the death was a result of “the protesters’ reckless behavior.” Incidentally, the U.S. embassy refused Rachel’s parents’ request to have a representative present at the autopsy.

In one poignant scene, Israeli activist Jonathan Pollack, whose home served as a refuge for ISM members who followed Rachel’s body to Tel Aviv, tells Bitton, “In revolt there is great truth, whether or not it succeeds,” citing the doomed Jews of the Warsaw ghetto as a model. Its placement near the end of the film makes it the director’s epitaph for an idealistic woman who died, unnecessarily, much too young.